We Stand in Solidarity with the 48,000 UAW GM Workers!

United Auto Workers (UAW) members across the country are standing strong as their national fight continues forward. They are sending a clear message: the American people deserve good paying manufacturing jobs. At a time when GM is experiencing huge profits, workers must share in the prosperity they created.

This is what democracy looks like: workers having the courage to stand together for what is morally right. Last year, the CEO of GM was rewarded with almost $22 million. UAW members are standing in powerful solidarity to ensure that workers share in the wealth that results from their labor. UAW members are an economic engine for our nation, and it is time they were rewarded.

Many policy makers talk about good jobs. These workers have the courage to fight and to risk their livelihood to make those jobs a reality—for themselves and for their families and for the next generation of American workers.

The word “democracy” comes from the Ancient Greek words for “people” (demos) and “strength” or “power” (kratia). The word begs the question that this strike and our collective response to it will answer: who has the power, the people or the corporations?

Democracy Initiative Executive Director Wendy Fields gave the following statement: “I spent many years having the privilege to work at the United Auto Workers. I know these workers have the courage they need to win this fight, not just for themselves, but for the standard of living of all working people. In this moment of sky-high income inequality, we cannot let anyone go back to accepting less than they deserve."

This is a fight for good jobs. Jobs in manufacturing created the American middle class and built the backbone of America. That is why the Democracy Initiative pledges to be one with the striking UAW workers! In a democracy, the power of the people can send a loud message to counter the power of corporate greed. It's time to return to democracy—the power of the people—to its rightful place as the foundation of this country. 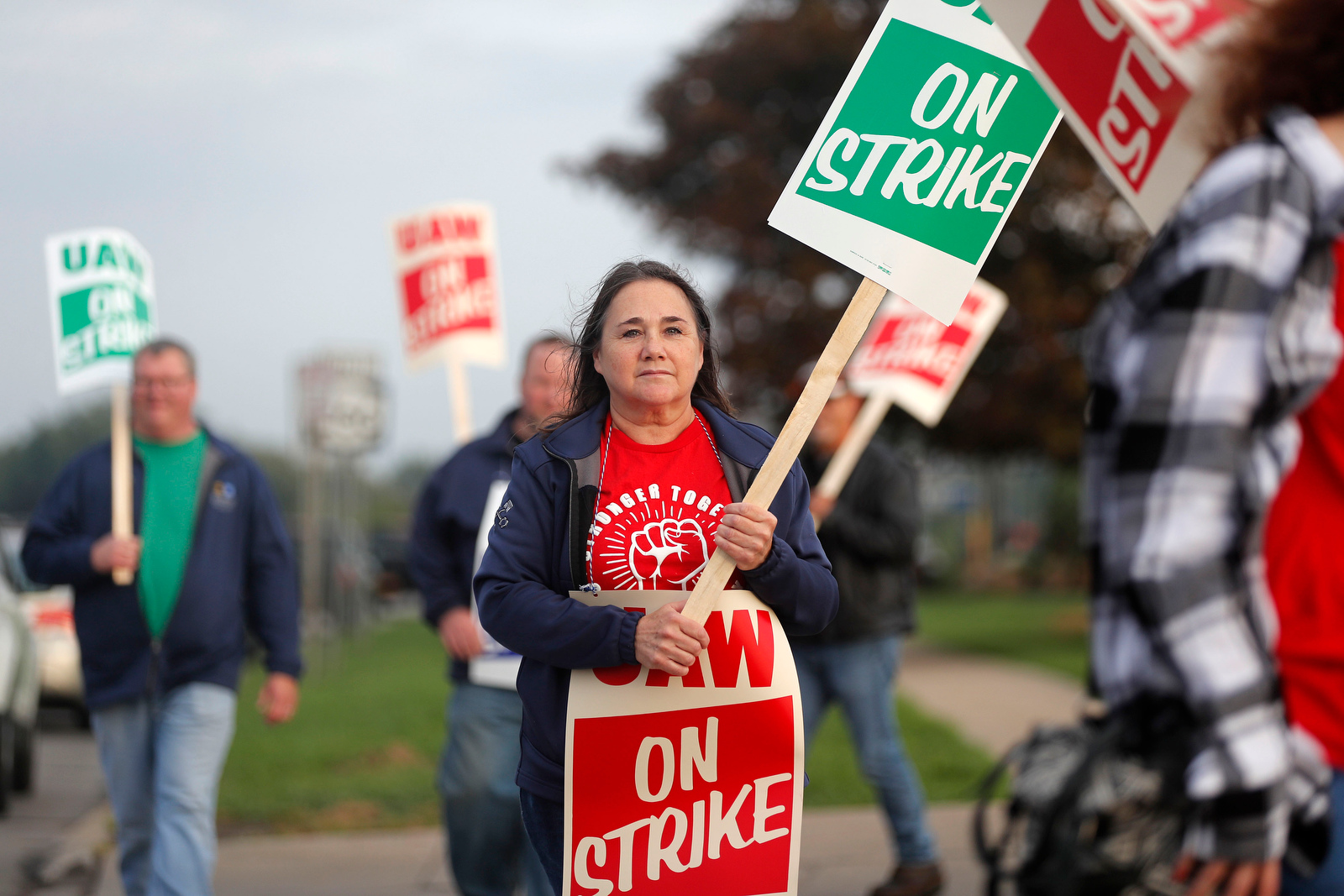