WASHINGTON, DC - The Democracy Initiative is thrilled to welcome three inspiring and visionary leaders to our Board of Directors: K. Sabeel Rahman, President of Demos; Virginia Kase, CEO of the League of Women Voters of the United States; and Ray Curry, Secretary-Treasurer of the United Auto Workers. These leaders join co-chairs Karen Hobert Flynn, President of Common Cause and Tefere Gebre, Executive Vice President, AFL-CIO, and existing board members Derrick Johnson, President and CEO of the NAACP, Erich Pica, President of Friends of the Earth, and Gustavo Torres, Executive Director of CASA.

DI Executive Director Wendy Fields welcomed the new board members with this statement:

“Sabeel, Virginia, and Ray are experienced, proven leaders who practice the race-class analysis and the bottom-up approach to organizing that is crucial to our work. Each of them understands what it takes to organize and mobilize people for a democracy that works for all - especially Black, Brown and vulnerable communities who have been, and continue to be, the target of voter suppression and disenfranchisement.

Organizationally, we are delighted to have Demos, the League of Women Voters and the United Auto Workers stepping up their engagement with the DI and joining our group of anchor partners who help to lead and shape the DI’s work. The thought leadership and policy expertise of Demos, the historic leadership role and organizing infrastructure of the League, and the front-line workers’ experience and organizing savvy of the UAW will make the DI stronger at a time when the need for solidarity and collective action on behalf of our democracy has never been greater.” 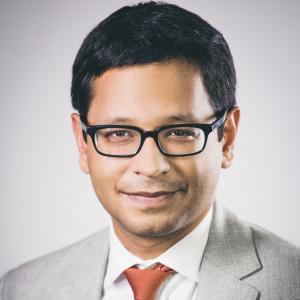 “Our democracy is in crisis—and for Black and brown communities in particular, the reality is that our political institutions have consistently failed to reflect and respond to our communities for decades. In this moment of extreme political and economic turmoil, it is critical to reinvent our democratic institutions in ways that put racial equity and inclusive democratic participation and accountability at the core. The Democracy Initiative is crucial to building the coalition, the ideas, and the strategies we need to make democracy a reality.”

K. Sabeel Rahman is the President of Demos, a dynamic think-and-do tank that powers the movement for a just, inclusive, multiracial democracy. Sabeel is also an Associate Professor of Law at Brooklyn Law School and the co-author most recently of Civic Power (Cambridge University Press, 2019), which looks at how to build a more inclusive and empowered bottom-up democracy.His first book, Democracy Against Domination (Oxford University Press, 2017), won the Dahl Prize for scholarship on the subject of democracy. His academic research focuses on issues of democracy, economic power, law, and inequality. He has worked extensively with a range of think tanks, advocacy organizations, and foundations to develop novel approaches to addressing these issues in practice. His popular writings have appeared in venues like The Atlantic, The New Republic, The Boston Review, Dissent, and The Washington Post. He earned his law degree and doctorate at Harvard University, and his Masters degrees at the University of Oxford, where he was a Rhodes Scholar. 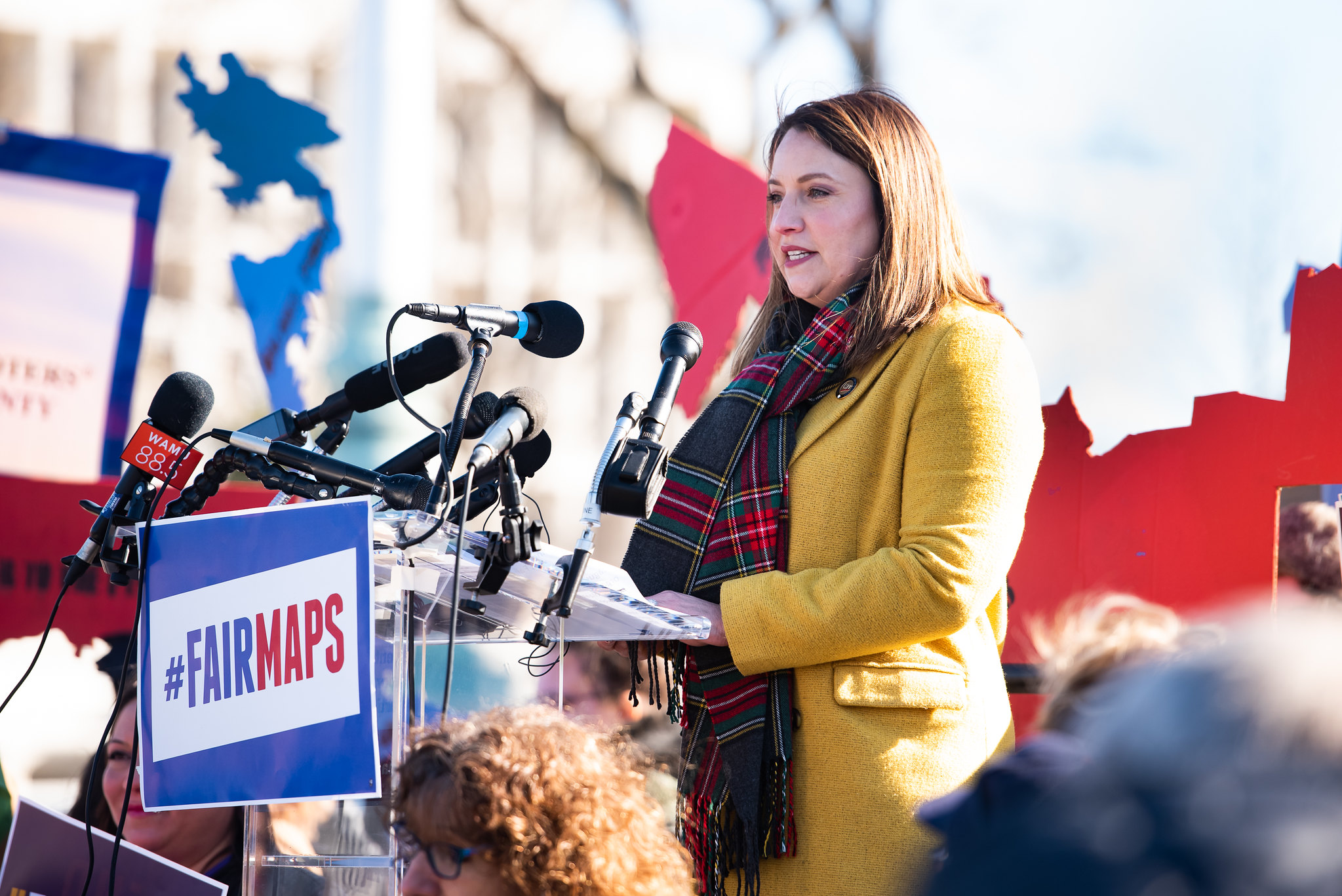 “As the head of an organization focused on empowering voters and defending democracy, I’m honored to join the board of directors of the Democracy Initiative. In the face of the COVID-19 crisis, it’s is more important than ever that we stand together to ensure that all voters are able to fully and safely participate in 2020 elections, especially communities of color, people with disabilities, Native Americans, low-wage earners, and other underrepresented communities. The Democracy Initiative draws strength from the diversity of organizations uniting to face this uniquely challenging time. Together as leaders, we will work to protect and preserve our most sacred democratic values of freedom and equality.”

Virginia Kase is the CEO of the League of Women Voters of the United States where she is leading the organization through transformation and growth, focused on building power centered around issues of voting rights and democracy reform. Prior to joining the League in 2018, she served as COO of CASA, an organization at the forefront of the immigrant rights movement. Earlier in her career, Virginia spent eight years serving as the National Technical Assistance and Training Manager at the Center for Neighborhood Enterprise (CNE) in Washington, DC addressing issues of urban violence, economic, racial and social inequality.

Virginia has more than 20 years’ experience working in the non-profit sector and is a passionate activist and advocate for social justice. She has appeared on various television news programs, published multiple opinion pieces for The Hill newspaper, and been quoted in news articles including The New York Times, Time Magazine, and Glamour. 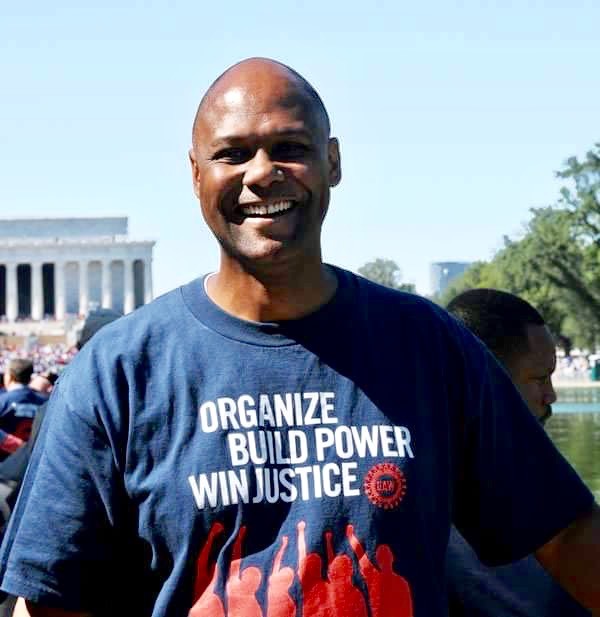 “I am honored to be part of this broad coalition and the efforts to advance democracy initiatives for every voice to be heard across the nation.”

Ray Curry was elected UAW secretary-treasurer at the UAW 37th Constitutional Convention in June 2018. He was first elected director of UAW Region 8 in June 2014 after having served four years as the region’s assistant director.

As Region 8 director, Curry was instrumental in securing new labor agreements with various heavy truck, aerospace, and independent parts suppliers. In July 2015, under his leadership, the region successfully organized their first gaming bargaining unit of table dealers at the Horseshoe Casino in Baltimore, Maryland and in June 2018, the region won an election for representation of table dealers at MGM National Harbor in Oxon Hill, Maryland, bringing 1,250 new members into the union.

Curry joined UAW Local 5285 in July 1992. His first involvement was on the local’s civil rights committee. From 1998 to 2004, he served in numerous leadership positions. In October 2004, UAW President Ron Gettelfinger appointed him as an International Representative.

He is the recipient of numerous awards including the A. Philip Randolph Leon Lynch Lifetime Achievement Award. Curry is also a member of the NAACP National Board of Directors and numerous community organizations.