We are reminded, as returning citizens in Florida are now required to pay thousands of dollars just to vote, while Rick Snyder is granted a Harvard Fellowship after poisoning Flint's water and costing people millions of dollars in damages and health care costs, that democracy is in a dire state. Wishing all a 4th of July full of rest for the fights ahead. —Wendy Fields, Democracy Initiative Executive Director

CITIZENSHIP QUESTION TO REMAIN OFF 2020 CENSUS

According to an announcement from the Trump administration on Tuesday, June 2, forms being printed for the 2020 Census will not include the citizenship question. This is a major victory for all of us. Our communities can now ensure its members are counted without worrying about dangerous reprisals from the administration weaponizing their status against them.

While we understand that total victory for the census is still making sure everyone in our communities are counted fairly and accurately, we want to recognize the crucial victory that resulted from tireless, powerful work from leading coalition partners. The Democracy Initiative would like to acknowledge our partners and allies AAJC, Arab American Institute, CASA, Common Cause, Leadership Conference for Civil and Human Rights, The LGBTQ+ Task Force, and all the allies that fought so hard for Americans' right to fair representation and access to federal funding.

FLORIDA—WHAT YOU CAN DO RIGHT NOW

Last November, voters overwhelmingly passed the historic Amendment 4, which restored the ability to vote to 1.4 million Floridians who had paid their debts to society. Lawmakers quickly set about attempting to limit the effect of the legislation, and on Friday, Governor DeSantis signed into law a modern day poll tax, requiring returning citizens to pay in full their court fees and other associated costs, significantly undermining the will of Florida voters and attacking the rights of thousands of returning citizens.

Advocates for Amendment 4 estimate that nearly one-third of all newly eligible citizens will now be prevented from having their voice heard in elections.

For more information, to offer legal assistance, and learn about more ways to get involved, contact Al Barrentine at al@floridarrc.org.

Reserve your interns’ spot soon! Over 40 interns from over 20 partner organizations have already signed up, and we’re running out of room fast!

Evidence of the Washington, D.C. Admission Act's increasing momentum was on display during the Tuesday, July 2 press conference hosted by Congresswoman Eleanor H. Norton's office. Norton announced that 88 national advocacy organizations have endorsed the legislation to give over 700,000 DC residents the representation and voice they deserve. 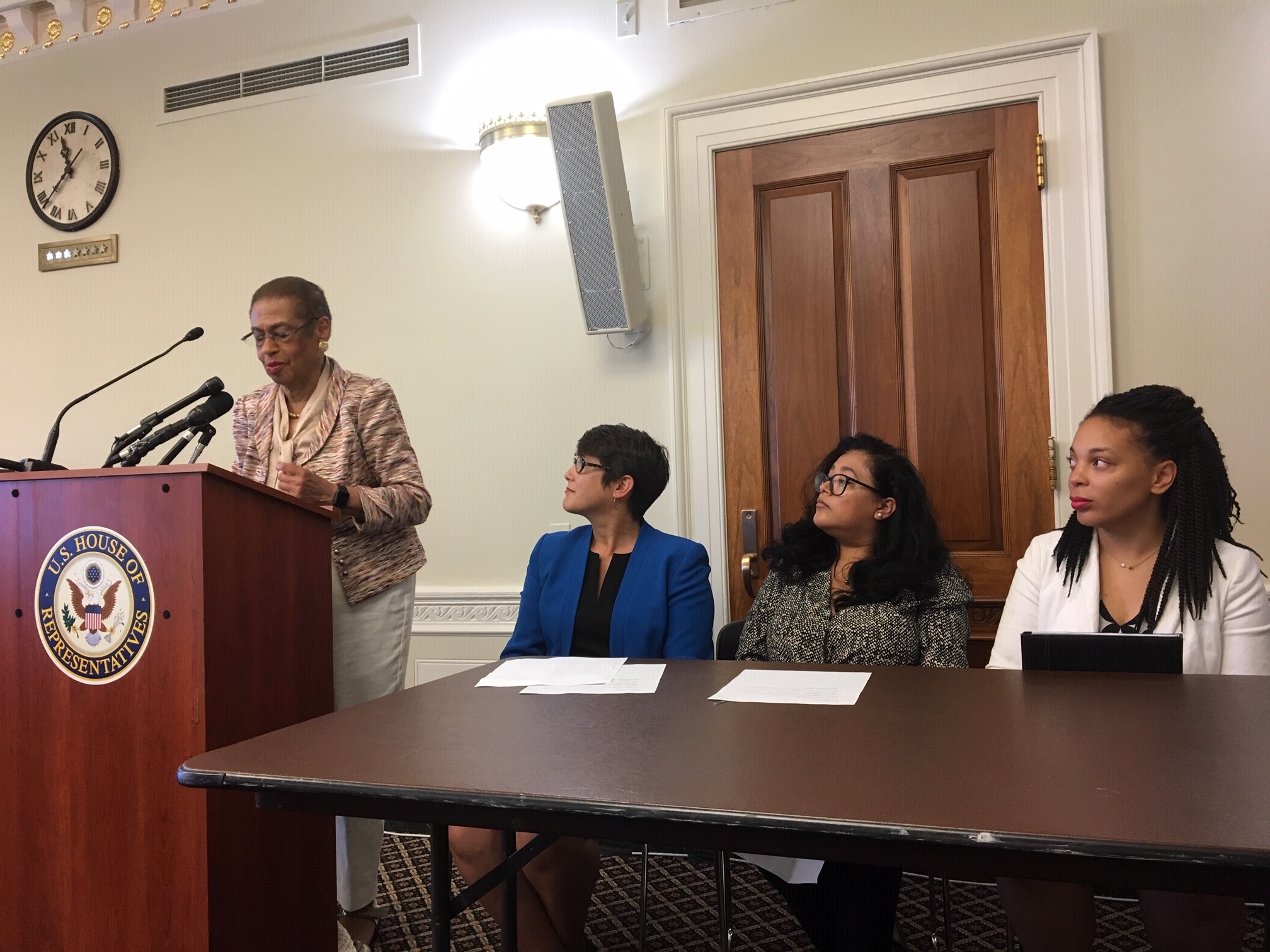 Those that testified for H.R.51 included Monica Hopkins from the ACLU, Marilyn Carpinteyro from Common Cause, Rob Randhava from The Leadership Conference on Civil and Human Rights and Lauren Kennedy from the Sierra Club. DI partners Common Cause, DCVote, Food & Water Watch, League of Women Voters, NAACP, PFAW, and Sierra Club all showed up to support D.C. residents in their fight for statehood.

Just nine months after the historic passage of Amendment 4 in Florida, two states have followed suit as momentum builds toward protecting the voting rights of millions of incarcerated Americans. On July 1, recent legislation took effect in Nevada and Colorado that re-enfranchise citizens who lost their rights to vote after incarceration.

In Nevada, the new law restores the voting rights to returning citizens that have paid their debts to society. Individuals who have finished their sentences will immediately regain their right to vote regardless if they are on parole. This bill, which is aimed towards lowering recidivism rates in Nevada, will restore the voting rights of 77,000 Nevada residents.

Colorado, in a similar move, implemented legislation that allows parolees to vote, thus restoring the voting rights of 11,467 state residents.