Our allies at the Leadership Conference for Civil and Human Rights have produced a broad toolkit to help partners and allies commemorate Monday, June 24 to Sunday, June 30  by renewing the call to #RestoreTheVOTE.

We're asking our partners to join us in commemorating the 6th Anniversary of the Shelby County v. Holder decision by taking TWO actions: 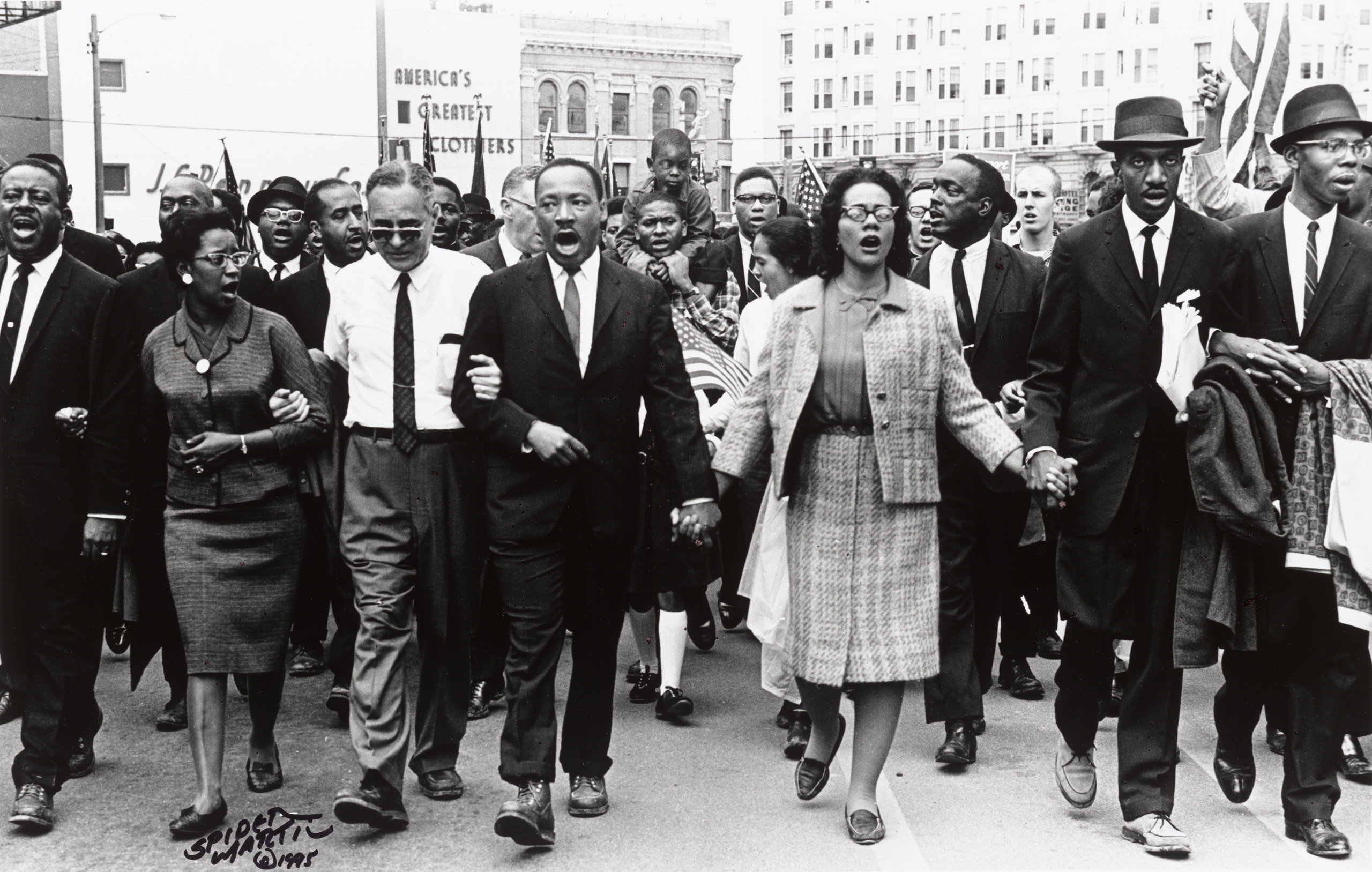 We’ve excerpted the introduction from this excellent resource to echo the importance of commemorating this decision:

In the aftermath of the June 25, 2013 Shelby County v. Holder Supreme Court decision—which gutted key protections of the Voting Rights Act (VRA) – states and localities across the country jumped to enact restrictive voting laws, disenfranchising millions of American voters. For six years, civil rights organizations and their allies have been fighting back against these discriminatory laws. But we need Congress to restore the VRA to its full strength to ensure that all eligible voters have equal access to the ballot and that every vote counts.

We need to ensure all Americans have the ability to participate in our democracy. That's why we must demand Congress restore the VRA now.

UPDATE: The introduction date for the implementation bill of the Baltimore City Fair Election Fund has been moved to Monday, June 24, 2019.

Join us for the kickoff of the Baltimore City Fair Elections implementation bill! The coalition has already won its first victory: the voters of Baltimore City have demanded a program to curb the influence of outside, special interest money in local elections.

Now we must organize to ensure the will of voters is implemented. Help us reach our goal of turning out 60 people for the Monday, June 24 press conference and hearing!

The press conference with Councilman Kristofer Burnett and members of the Baltimore Fair Elections coalition will be happening outside of the Council building at 4:00pm on 100 N. Holliday St. Baltimore, MD 21202. A hearing will follow at 5:00pm.

We're sharing a one-pager and a sample email to assist with engaging your Baltimore City members around the need for a Fair Election Fund and to turn out support at the press conference, courtesy of Baltimore Fair Elections.

Join us on the next DI Mobilizing Call on Wednesday, June 19 at 3pm EST.

Joanne Antoine, Executive Director of Common Cause Maryland, will be joining us on next week’s Mobilizing Call. Joanne will discuss the current implementation process of small donor public financing in Baltimore City and provide updates on the press conference introducing the implementation bill happening on June 24.

Now that we are very close to enacting small donor financing in five localities in Maryland, Joanne also will discuss expanding the campaign across the state and offer insight on how the lessons of Maryland can be applied to other states.

BILLIONS OF DOLLARS FOR OUR COMMUNITIES

At a time when corporate America controls much of the government, we absolutely cannot allow the administration to get away with stealing billions of dollars in funding and crucial representation from black and brown communities. We must stand together with our communities and demand the citizenship question be dropped.

On Thursday, May 30, The New York Times reported that the a GOP strategist had deliberately crafted the citizenship question to underrepresent nonwhite voters and shift power to Republican strongholds. Evidence of this claim arose after his daughter approached DI partner Common Cause with documents from his hard drives.

Thomas B. Hofeller’s greatest project may be his work on the GOP’s gerrymandering strategy—files submitted to the Raleigh courts pertaining to Common Cause v. Rucho indicate that “North Carolina Republicans misled a federal court to prolong the life of their map of state legislative districts, which had been ruled unconstitutional” according to a Times article released June 6.

More importantly, however, is that the North Carolinian partisan is also responsible for the Department of Commerce's recent push to add citizenship question to the 2020 Census. The citizenship question, according to files on the same hard drive, was conceived of as a way to provide future opportunities to solidify gerrymandered districts in favor of his party. 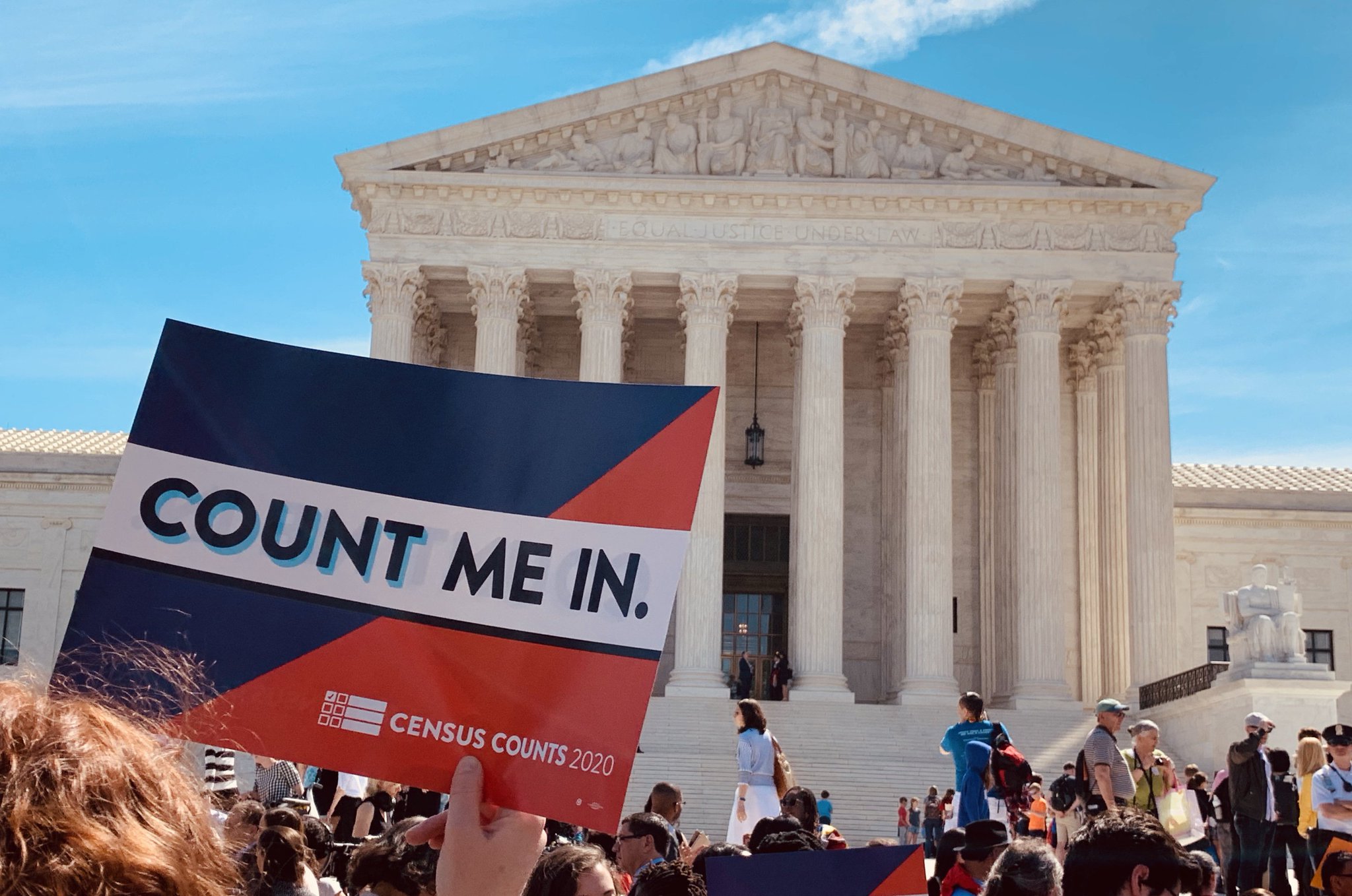 Right now, our partners and allies at the ACLU and Common Cause are fighting to delay the Census decision from the Supreme Court, which is expected by the end of this month, in light of the evidence gathered from Hofeller’s hard drives.

We must be clear in naming the problem: Hofeller and the Trump administration's ploy is designed to strip immigrant, black, and brown communities of millions of dollars and political representation to consolidate their own power. The data collected by the Census Bureau every ten years impacts the federal resources that communities will receive nationwide, determines how our population will be represented in Congress, and defines how new districts are shaped. Nearly $700 billion in federal government resources are at stake. This is an unapologetic power grab, and we must denounce it as such.

On June 9, Ezra Rosenberg, Director of the Voting Rights Project at DI partner Lawyer’s Committee for Civil Rights Under Law spoke with The Real News Network to discuss the newly signed Tennessee law devised to disenfranchise and intimidate black voters.

The newly signed law, which is in direct response to grassroots organizing that registered tens of thousands of African Americans in 2018 to vote, has three main parts that penalize Tennessee organizers and voters:

“Taken as a whole, this bill—which is now a law—imposes unconstitutional burdens in violation of the 1st Amendment and the 14th amendment on this simple act of helping people register to vote.”

Listen to the full interview here.

The Mueller Report made one thing explicitly clear: there was conclusive evidence of a foreign country tampering with our elections. With the integrity of elections threatened by corporate-owned politicians and foreign countries, the utter negligence toward election security must end now. We demand adequate funding and security for our elections now, to ensure all Americans' voices can be heard in the democratic process.

On Friday, June 7, following the disclosure of a cyber security risk within the North Carolina Election system, the state’s poor election security became apparent yet again.