Happy Pride Month to all our partners, allies, and the entire LGBTQ+ community! We reaffirm the fight for a free, representative, and reflective democracy for all Americans, no matter how we express ourselves. Solidarity is one of our greatest strengths.

"LGBTQ rights cannot be separated from the democracy agenda because there is no true democracy without equality." —Wendy Fields, Executive Director, Democracy Initiative

Feel free to use this shareable graphic in your social media posts! 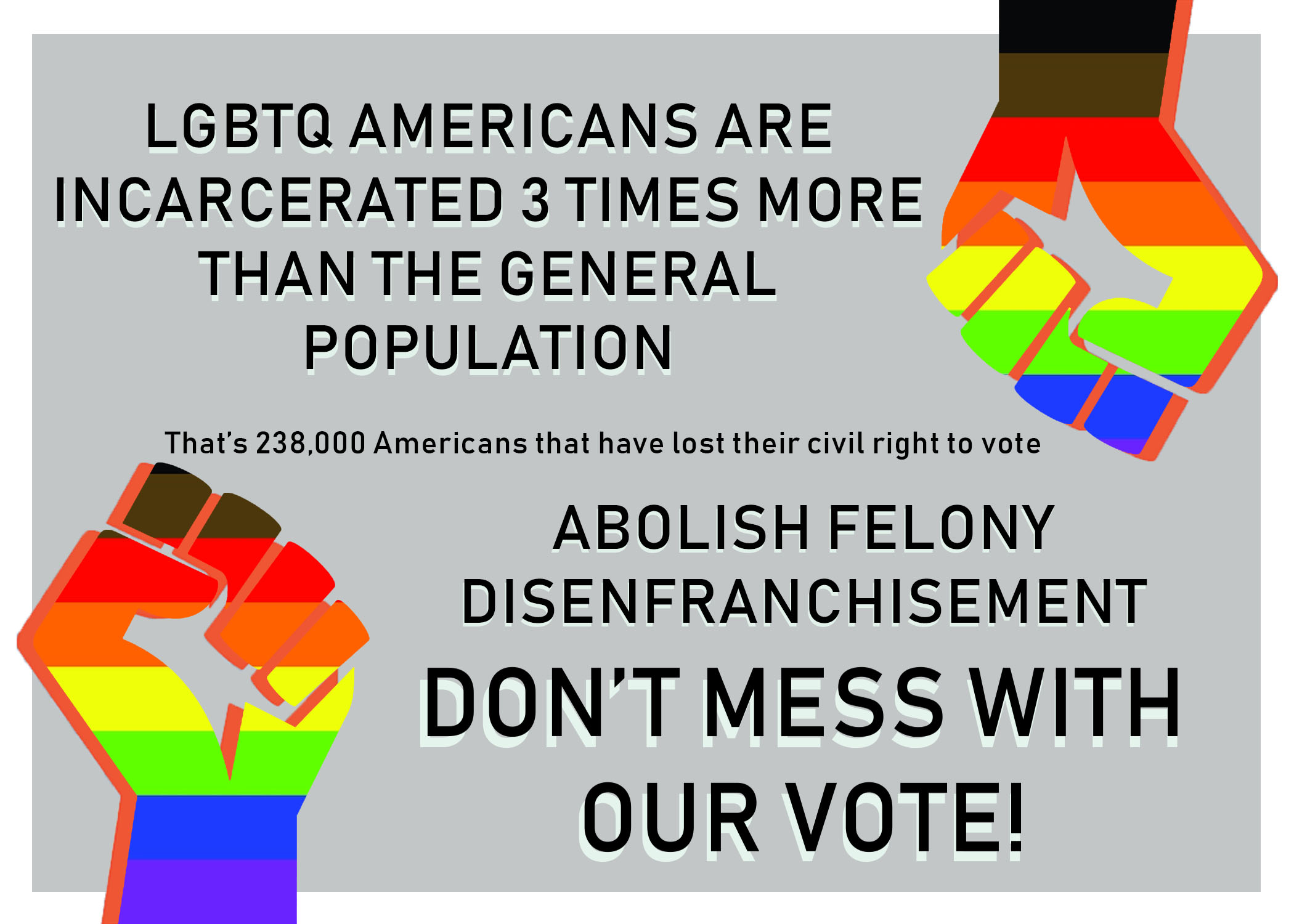 Last year, Baltimore City voters stood together and demanded a fairer election system that's free of the corrosive impact of wealthy special interests and empowers all Baltimoreans to run for offices where they can make a difference in their community. On November 6, they turned that demand into a reality.

Baltimore's democracy has long been dominated by a powerful donor class that has more say than everyday people. In light of the recent scandals and new evidence that further exposes the corrupting influence of big donors flooding elections with money, a Baltimore City Fair Election Fund is more necessary than ever. 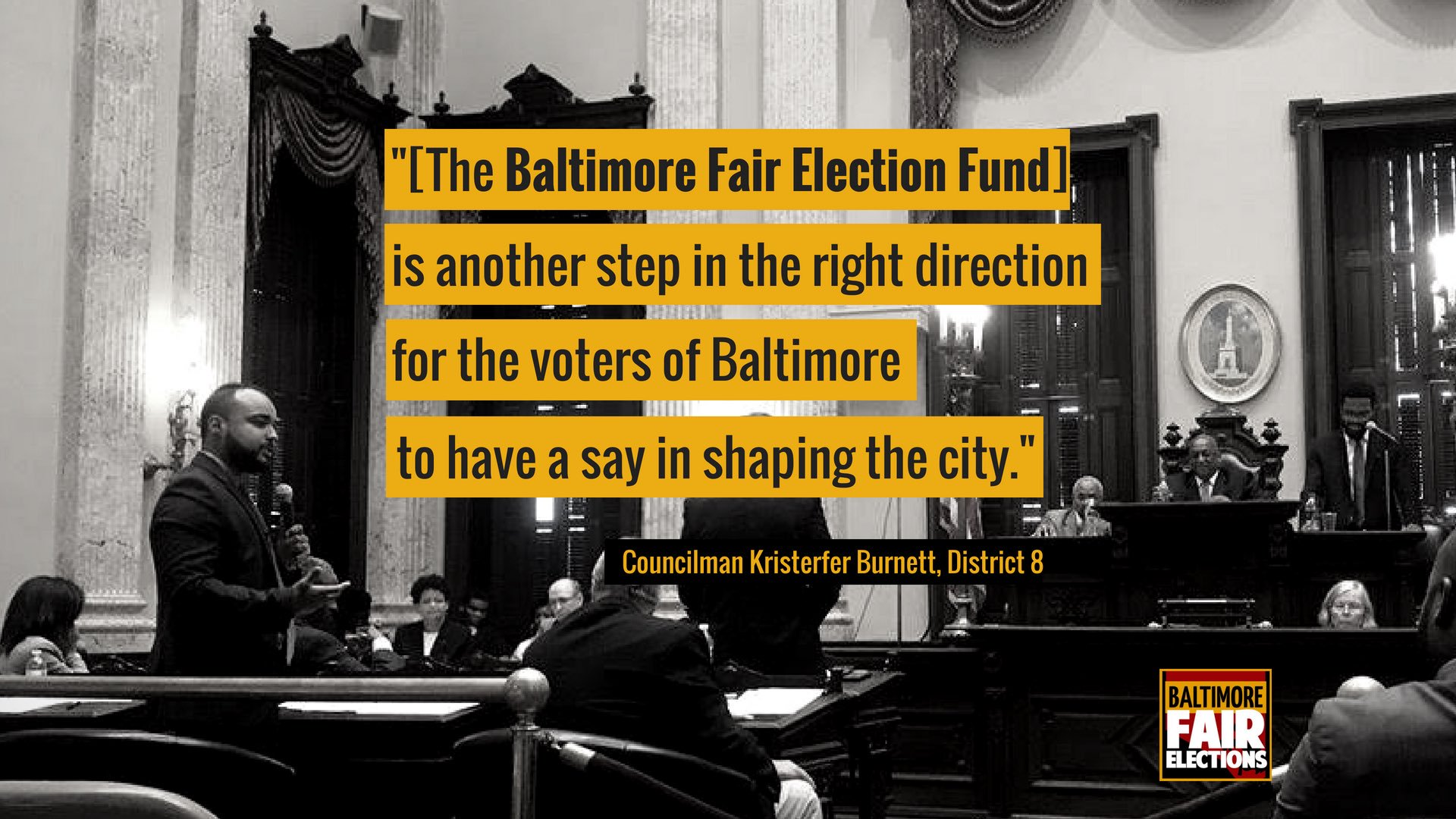 The introduction date for the implementation bill of the Baltimore City Fair Election Fund is Monday, June 17, 2019. A press conference with Councilman Kristofer Burnett and members of the Baltimore Fair Elections coalition will be held outside of the Council building at 4:00pm on 100 N. Holliday St. Baltimore, MD 21202.

We're sharing a one-pager and a sample email to assist with engaging your Baltimore City members around the need for a Fair Election Fund, courtesy of Baltimore Fair Elections.

Additionally, DI partner Demos has released a short report entitled "Big Money in the Charm City: the white, wealthy donor class that fuels Baltimore's elections," which approaches the urgent need for small donor public funding of elections through a race/class lens. You can read the report here. 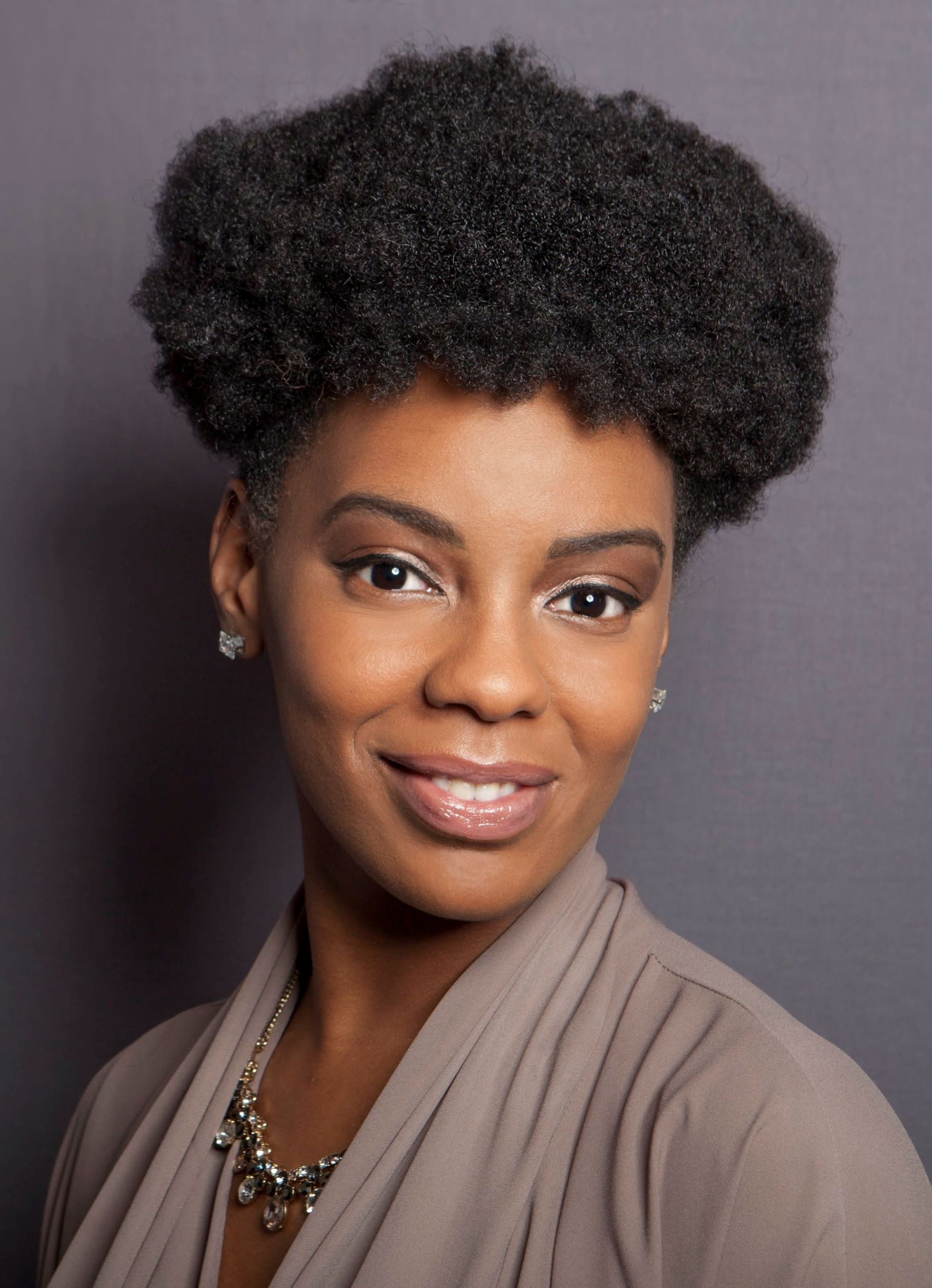 The DI is excited to welcome a new Training & Movement Building Coordinator, Brittny Baxter. Brittny joins us having organized in various capacities over the past decade. Most recently, she was a Regional/Trainer in Broward County for the coordinated efforts to elect Andrew Gillum and the Winning Ticket. Prior to the 2018 midterm elections, she managed a statewide program in partnership with Re: Power (formerly Wellstone Action) to provide training for progressive Democrats, their campaign managers and grassroots organizers to run and win effective campaigns. She’s a Maryland based Consultant and Organizer.

Brittny hails from the rustbelt city of Buffalo NY, where she cut her teeth on local and state legislative races. She is the former Upstate Legislative Organizer for New York Working Families and fought to mobilize and unite labor, EJ, racial justice and community groups across the state on various bills. She has worked on several issue campaigns, from environmental justice and safe staffing to the Fight for $15 and reproductive rights.

A strong supporter of labor and a former AFT organizer for NYSUT, she is committed to the fight for equity for all.

“I stand with the poor, people of color, LGBTQ folks, immigrants and organized labor, because our liberation is bound together.”

We’re so excited for Brittny to join the DI Team.

DEMOCRACY CHAMPIONS ON THE MOVE

On Wednesday, May 22, 2019, Democracy Champion Awardee and Deputy Campaign Director of Michigan’s Promote the Vote midterm campaign Brandon Jessup published an op-ed in The Detroit News advocating for the bold, comprehensive democracy reform embodied by H.R. 1.

In the piece, Jessup rightly links the effectiveness of H.R. 1’s reform package to the success of bold, citizen-led campaigns in the states:

The For the People Act will curb the big money politics that led to and continues to fuel Flint’s water crisis, putting our elections back in the hands of everyday citizens. The bill will multiply the power of small donors, bring dark money into the light, and strengthen oversight and accountability of public servants.

The bill also builds on decades of pioneers who spent their lives making it easier to vote. More than 40 years ago, Michigan’s first African-American elected to statewide office, Secretary of State Richard Austin, implemented the nation’s first “motor voter” law, allowing citizens to register to vote when applying for a driver’s license. Michigan wouldn’t see another reform like this until last year’s midterm elections, when a near super-majority of voters approved constitutional amendments to end gerrymandering, create an automatic voter registration system, allow same-day registration, and implement no-excuse absentee voting – reforms that are expected to empower 300,000 new voters in 2020.

With less than three weeks left in the session, leadership is telling the coalition that it’s possible to win these fights if we put enough pressure on our elected representatives. 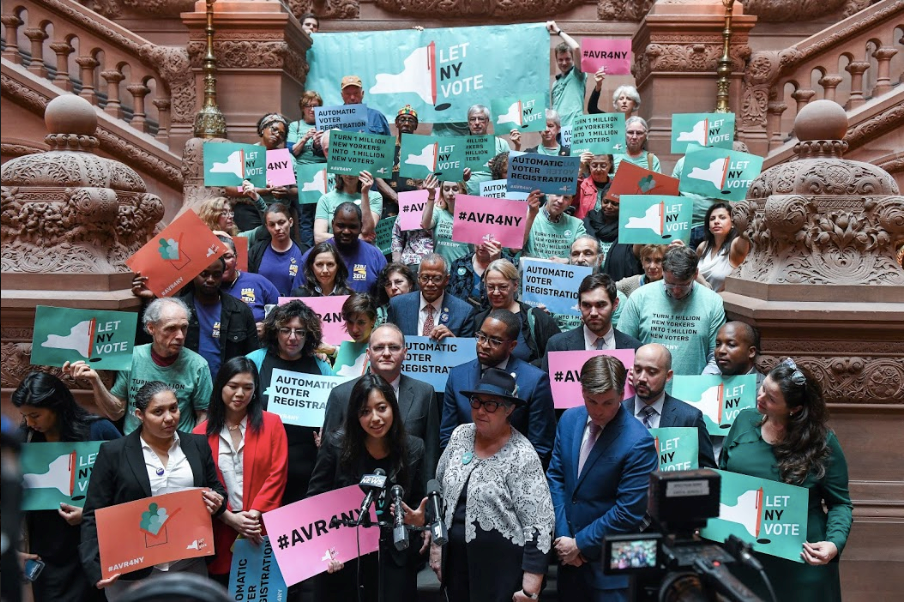 The advocacy and strength of our coalition has helped to change the conversation in New York and gain more sponsors and more support throughout both houses of the legislature. The session ends on June 19, so this is the crucial last chance for representatives to hear from your members.

The Let NY Vote coalition needs your state based members to take action this week to help pass their remaining priorities!

We’ve already won historic voting reforms this year because of the actions taken from people like you. Let’s make history again.

The Let NY Vote Coalition is also seeking signatures of organizations to support their call for the NY Legislature to end felony disenfranchisement altogether.

You can view the sign-on letter here.

For more information or to add your organization's signature, contact Isabel Zeitz-Moskin at IsabelZM@nationalactionnetwork.net. 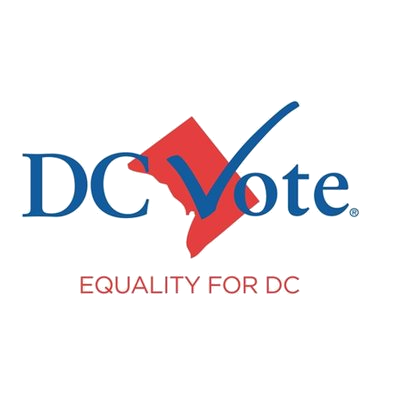 DI partner DC Vote is circulating a sign-on letter standing against policy riders and Congress using the budget process to override the will and interests of Washington, D.C. residents. Join DC Vote in standing against the usurpation of DC residents' autonomy.

For more information or to add your organization's signature, contact Barbara Helmick at bhelmick@dcvote.org.