Over 25 groups attended the most recent Bi-Weekly Mobilizing Meeting on messaging; we want to thank all of our participants for great turnout via video and in person. It's clear to us that there's a demand for co-creation of messaging and organizing materials, and we're looking forward to reconvening and continuing the conversation on Wednesday, June 5 at 3:00pm.

Our most recent Mobilizing Meeting featured an insightful presentation from special guest Michael Podhorzer, Senior Adviser to the President of AFL-CIO and former AFL-CIO Political Director, on recent polling on political reforms and its implications for the way we talk about the democracy agenda.

In particular, research from Navigator’s latest report illuminates certain pitfalls in boilerplate progressive narratives that arise from the distance between democracy advocates and the American public’s awareness and knowledge of reforms. Podhorzer’s presentation focused on those gaps and walked us through the essential takeaways of the report.

We’re sharing the presentation, courtesy of Michael Podhorzer, as a companion to the report and to serve as a useful resource in developing effective reform messaging that meets people where they are, providing real opportunities for education and tools for organizing their communities to build demand for change. 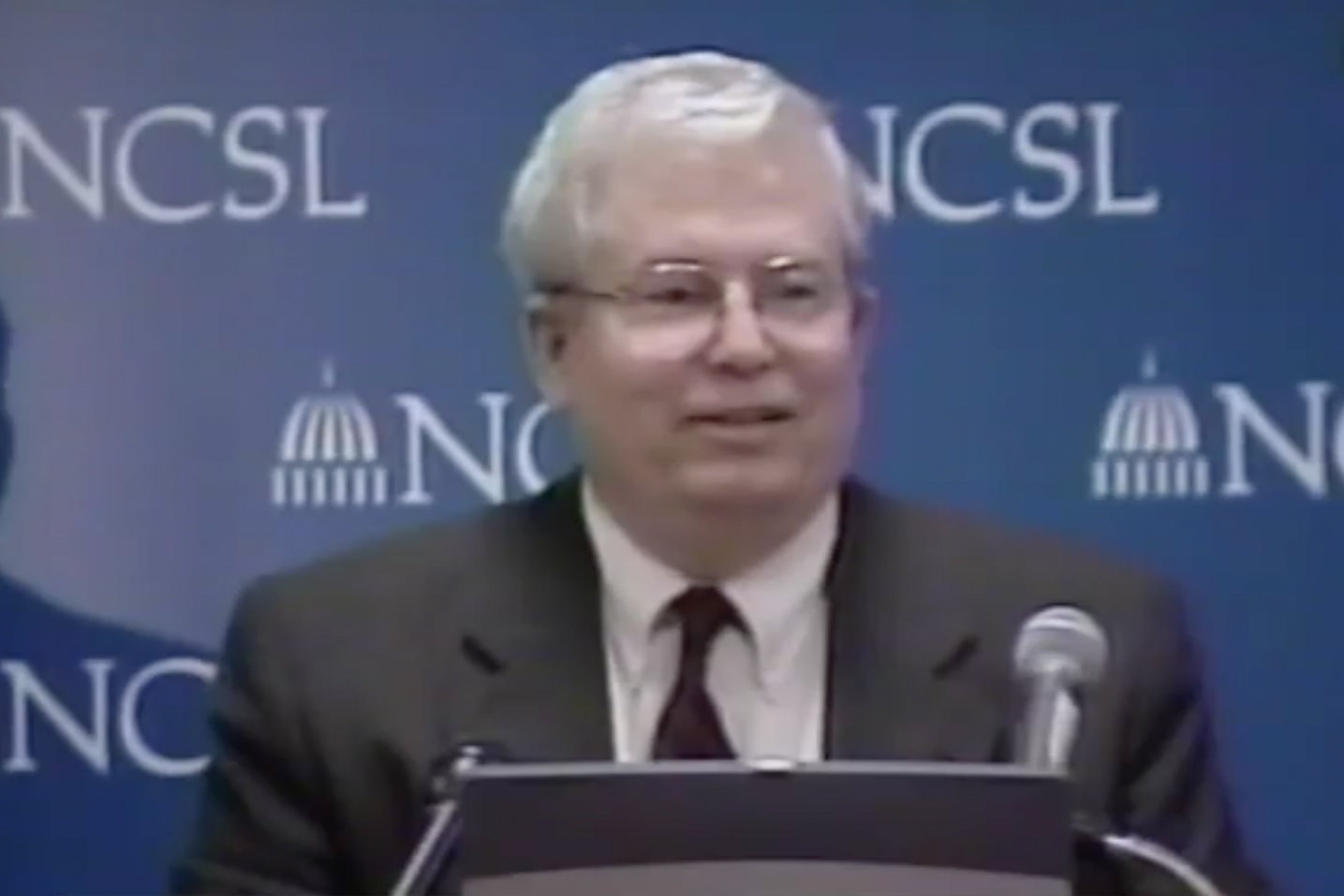 According to an article released Thursday, May 30, the citizenship question was deliberately added as a means to shift power to Republican strongholds. A North Carolinian partisan named Thomas B. Hofeller, responsible for the state's grievously gerrymandered maps, conceived of the citizenship question as a way to provide future opportunities to solidify gerrymandered districts in favor of his party. After his recent death, documents recovered on personal hard drives reveal that he also directly supplied the Justice Department with the defense it needed to justify adding the citizenship question: opportunistically claiming it was necessary to enforce the Voting Rights Act of 1965.

DI Board Co-Chair and Common Cause President Karen Hobert Flynn issued the following statement in response:

“The evidence reveals that the plan to add the citizenship question was hatched by the Republicans’ chief redistricting mastermind to create an electoral advantage for Republicans and non-Hispanic whites. This contradicts testimony by Administration officials that they wanted to add the question to benefit Latino voters, when in fact the opposite was true.”

With the addition of the Citizenship question formally added by Secretary of Commerce Wilbur Ross, there is a high possibility that the population data of the 2020 census will drastically under represent immigrant communities. The deliberate move to under count these communities diminishes their representation and their political power.

The data collected by the Census Bureau every ten years impacts the federal resources that communities will receive nationwide and defines how our population will be represented in Congress. Census data collected in 2020 will determine how more than $675 billion in federal government resources will be distributed each year until 2030. It determines how much federal funding public schools will receive; where new roads will be built, or old ones be improved; how much federal funding will go to local Medicare and Medicaid programs; and will predict where the private sector will potentially build new homes and businesses.

More importantly, this data will define how many congressional seats each state receives and how those new districts will be shaped. The census can be the catalyst for a fairer system of political representation in congress or an obstacle to it if an accurate count is not achieved.

We cannot allow this to happen, especially after the ploy has been revealed as an undemocratic plot to secure power at the expense of the people. 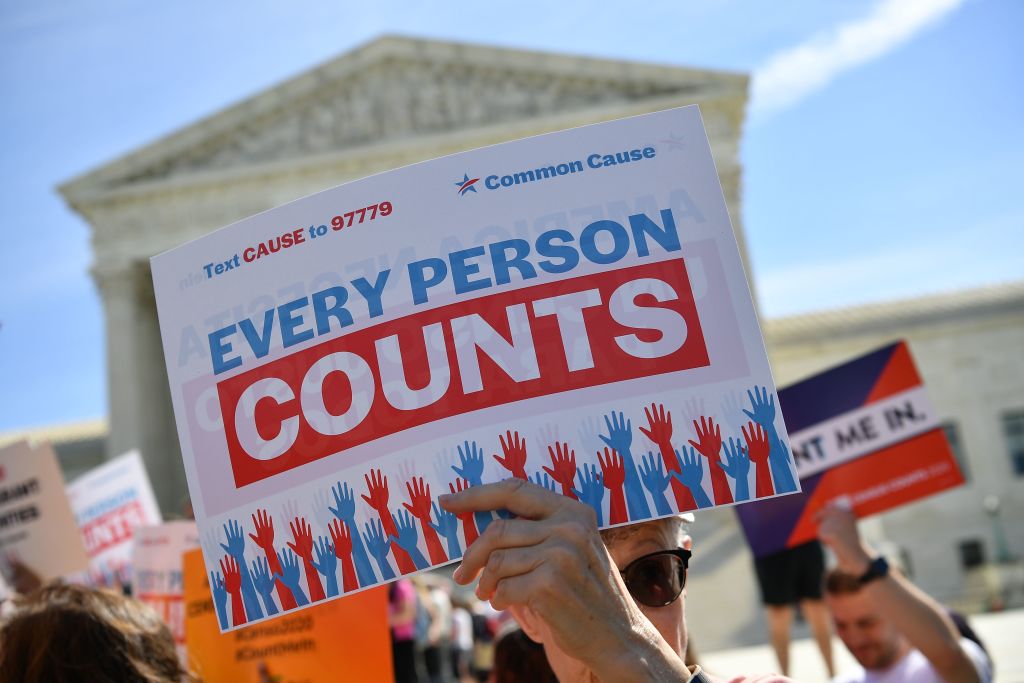 We should not anticipate the Supreme Court to rule against the Secretary, but rather prepare a strategy of education and outreach that will combat the fear that will be stoked in immigrant communities, should the question be left on the final census form.

As Sonum Nerurkar, Get Out the Count Manager of the Leadership Conference Education Fund, attests:

“The 2020 Census is less than a year away and it is critical that all communities get counted. At its core the census is about money, power, people and information. The census, a headcount of every person in the United States that happens once every 10 years, and is the foundation of our democracy. By allocating the number of seats each state gets in the U.S. House of Representatives, the census determines how much of a voice each state has in Congress. The data collected also guides how federal money that goes to our communities is distributed—including money for schools, hospitals, and critical programs like SNAP and Medicaid. Communities of color, renters, young children, and immigrants are a few hard-to-count communities that are missed every census. That means these communities are deprived of the resources and representation they deserve."

"With the Trump Administration’s continuous attacks on immigrants and communities of color, including the addition of the untested citizenship question to the 2020 Census, census advocates have an uphill battle ahead of us to ensure our communities are counted."

DI partner Arab American Institute has compiled an issue brief that both handily summarizes the key parts of the fight for a fair census, and identifies priorities for local, state, and national level advocates in their preparation for the 2020 Census.

With the Supreme Court's ruling on the citizenship question expected to come down in the next two weeks, it's more important than ever to educate members on the ground on how to organize themselves to ensure everyone is counted. All Americans deserve to receive full political representation and the resources they need to survive and flourish.

To learn more and to find ways to engage, you can visit CensusCounts.org.

On Friday, May 24, the will of Maryland voters finally became law. Last November, voters overwhelmingly passed an initiative allowing voters to register to vote on the day of the election.

The bill that lays out the procedure for Election Day Registration in Maryland just passed into law last Friday, without the signature of Governor Hogan. We want to acknowledge all the work our partners and allies Common Cause Maryland, Indivisible, League of Women Voters of Maryland, Maryland PIRG, Represent Maryland, SEIU, Working Families Party and others accomplished, without which truly transformative reforms like election day registration would not be possible.

Texas Secretary of State David Whitley resigned Monday, May 27, after serving a brief tenure marked by his attempt to illegally purge Texas voters from the rolls by flagging 98,000 names for citizenship checks after stoking fears of mass voter fraud.

In April, the state ceased its review after swift legal challenges from DI partners League of Women Voters of Texas, Mi Familia Vota Educational Fund, UnidosUS, and other allies, as well as local communities and organizations on the ground; over the course of the legal challenge and through the state's settlement it became clear that at least a third of these names were flagged by error or due to their status as naturalized citizens.

Wednesday, May 22, marked an important victory in the fight to ensure all Americans have a voice in our democracy: the Nevada State Legislature passed a bill restoring the ability to vote to citizens who have completed their prison sentences. The bill now heads to the governor’s desk, who’s expected to sign the bill into law. Congratulations to the state coalition.

Last Thursday, May 23, the New Hampshire Senate unanimously passed legislation creating a bipartisan redistricting commission for the drawing of state district maps. While the original bill proposed an independent commission, this compromise bill will nevertheless make it more difficult for partisan gerrymanders to occur.