PROTECTING THE RIGHT TO ORGANIZE ACT PASSES US HOUSE

The US House passed last Thursday, February 6 the Protecting the Right to Organize (PRO) Act, a crucial piece of legislation that expands workers’ rights and dignity on the job. A functional democracy cannot exist without strong labor protections and the right to organize for all workers. The PRO Act is the most significant step toward strengthening labor laws in the country in more than 85 years.

“The PRO Act is the labor movement’s number one legislative priority this year for a reason. Working people are hungry for a bill that will ensure a process for reaching a first contract once a union is recognized, prevent the misclassification of employees, protect the right to strike and so much else. America is ready for more unions; and a happier, healthier and upwardly mobile workforce will help reverse the inequality of income, opportunity and power that is threatening our families, our communities and our democracy.”

Democracy Initiative Executive Director Wendy Fields, who comes from over 25 years in the labor movement and was the first woman of color to serve as the Chief of Staff of the UAW under Bob King, gave the following statement on the passage of the PRO Act:

In a democracy, the power belongs to the people. The right to organize a union is fundamental to ensuring that people can hold the line against the corporate greed that is overtaking this country. House passage of the PRO Act is an important milestone and it should become the law of the land, not die in Mitch McConnell’s legislative graveyard. You cannot have a strong democracy without a powerful labor movement.

DFAD COALITION LETTER TO MITCH MCCONNELL: PROTECT OUR DEMOCRACYFollowing the US Senate’s vote not to remove Donald Trump from the office of the Presidency, the DI joined 62 organizations in the Declaration for American Democracy coalition in sending a letter to Mitch McConnell calling for the Senate to strengthen our democracy and pass the For the People Act (S. 949), which was passed nearly a year ago in the House (H.R. 1).

For too long, the wealthy and powerful have manipulated our democracy to serve their own interests. The result is a lack of progress on key issues voters care about, such as lowering the price of prescription drugs, grappling with the crisis of climate change, and reducing the epidemic of gun violence. Without legislative action to curb the current culture of corruption, our country cannot effectively address the challenges everyday Americans face.

Our democracy is at stake. It’s time to take action and pass H.R. 1 to put the power back in the hands of the American people.

LEAGUE OF WOMEN VOTERS CELEBRATES 100 YEARS OF ADVOCACYDI partner League of Women Voters is celebrating their centennial this Friday, February 14. For 100 years, the League has fought for the transformation of our political system and supporting millions of voters in order to create a more just, inclusive and representative democracy. DI is proud to partner with the League as we celebrate their long history and look forward to accomplishing the urgent work in 2020 necessary to strengthen our democracy.

The League is sponsoring a Women Power the Vote Day of Actions on February 14, with educational and commemorative activities sponsored by local leagues across the country; click here to find an event in your area. 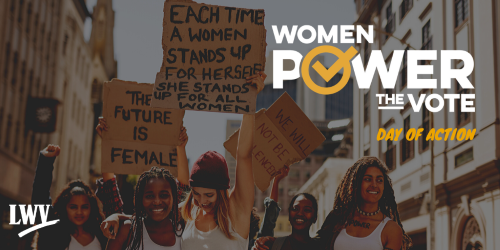 WASHINGTON, DC ADMISSIONS ACT PASSES OUT OF HOUSE COMMITTEEOn Tuesday, February 11, the US House Oversight Committee passed the Washington, DC Admission Act to the full House for a vote, marking a historic moment in the decades-long fight for DC statehood and full congressional representation.

“Congress has two choices: it can continue to exercise undemocratic authority over the 700,000 American citizens who live in the nation's capital, treating them, in the words of Frederick Douglass, as 'aliens, not citizens, but subjects,' or it can live up to the nation's promise and ideals, end taxation without representation and pass the Washington DC admissions act.”

Bo Shuff, Executive Director of DI partner DC Vote, said “It’s a historic day and we’re excited to clear this hurdle and head to the floor. [This is] monumental for the people of DC.”

We are pleased to announce that we will host a special political briefing for DI partners on February 26, where Michael Podhorzer, Assistant to the president for Strategic Research of AFL-CIO will share insights and analysis. We look forward to seeing you there. 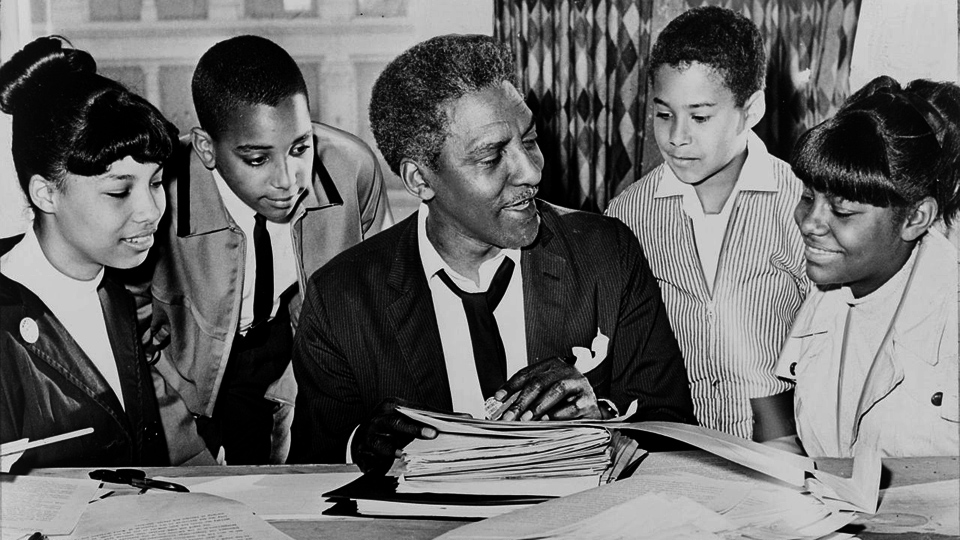 We encourage our partner organizations to recommend qualified, interested candidates to be mentors for our inaugural class of mentees. To help spread the word, we ask that you share our twitter threads on #BayardRustin and mentorship!

VIRGINIA—DEMOCRACY REFORMS MOVING FORWARDVirginia’s busy two-month legislative session continues this week, and numerous reform bills took another step forward as they entered crossover—where each bill passed in one chamber is considered by the other. Both the House and the Senate have passed legislation that creates no-excuse absentee voting, establishes automatic voter registration, and designates Election Day a state holiday (and scrapping Lee-Jackson Day). Same-day voter registration has passed the House but still requires Senate action.

Despite the progress on voting rights and a potential path for restoring collective bargaining for public employees, the effort to repeal Virginia's so-called "right to work" law, a top priority for labor, died in committee on the House side.

GEORGIA—JUDGE RULES AGAINST VOTER SUPPRESSION ARCHITECT KEMPOn Monday, February 10, a federal judge ruled against Georgia Governor Brian Kemp in a lawsuit filed in 2018 relating to his time as secretary of state. The plaintiffs allege Kemp made use of a “racially-biased methodology” that resulted in the illegitimate removal of up to 700,000 (mostly Black and Brown) registered voters from the rolls between 2016 and 2018.