On Wednesday, February 5, 2020, 53 Senators representing less than half of the United States population voted to clear Donald Trump of the charges of Abuse of Power and Obstruction of Justice. The Democracy Initiative issued the following statement in response:

TodayPresident Donald Trump: I have an Article 2 where I have the right to do whatever I want as president.McConnell’s Senate: Whatever you want.

A broken, dysfunctional United States Senate, under the leadership of “grim reaper” Mitch McConnell, is telling Donald Trump they will not check his presidential power – power he and his White House see as absolute and accountable to no one. Just like Billy Bush on the Access Hollywood tape, today the US Senate is telling Donald Trump: when you’re president, you can do whatever you want.

The right of all Americans to have a voice in government decisions is the essence of our democracy and it is what we at Democracy Initiative fight for every day. There is little argument against the basic facts of the case: President Trump openly asked a foreign government to interfere in our 2020 elections. For this, he was impeached by the House. But in Mitch McConnell’s broken Senate, they rigged the trial, refusing to allow witnesses so the American people could see for themselves and have the facts to make their own decision about Trump’s behavior. Now, despite a number of Republican Senators having called it “improper” “inappropriate” and “wrong,” all but Senator Mitt Romney (R-UT) voted to ensure that POTUS will face no consequences for this betrayal.

Our democracy is based on a system of checks and balances designed to protect the people, not politicians and presidents. This is one more instance of how the power of the people is under daily assault, leaving our government in the clutches of fossil fuel companies, banking giants, Facebook, Amazon and other behemoth corporate interests who put profits before people and exploit their workers. They have stolen our government to make it work only for them.

But the people are rising up. Over the last few years, a democracy movement of millions of hardworking people across the country have been taking collective action and fighting back. Democracy reforms to fight voter suppression and blunt corporate influence in elections have passed in states and localities across the country. The US House last year passed the For the People Act (H.R. 1), the most far-reaching political reform in a generation. That bill is languishing in McConnell’s legislative graveyard along with numerous other House-passed policies addressing climate change, immigration, gun control and prescription drugs—to the delight of powerful corporations.

Government by the privileged elite should not be the law of the land. Today, we the people have the opportunity to ramp up a collective effort to make our voices heard. We are ready to have those tough community discussions about ensuring clean air, clean water, family wage, equal education, affordable healthcare, a fair justice system, and a Senate that passes policy. Let’s join together now to get our country back on track so that in 2021 the people can govern. The first step is ramping up voter engagement in 2020. Democracy Initiative partners have set the bar high, challenging ourselves to reach 75% participation. The stakes are too high to do any less. We have won tough fights before—like the Voting Rights Act and LGBTQ marriage equality—when these same forces blocked our path. We can do it again. 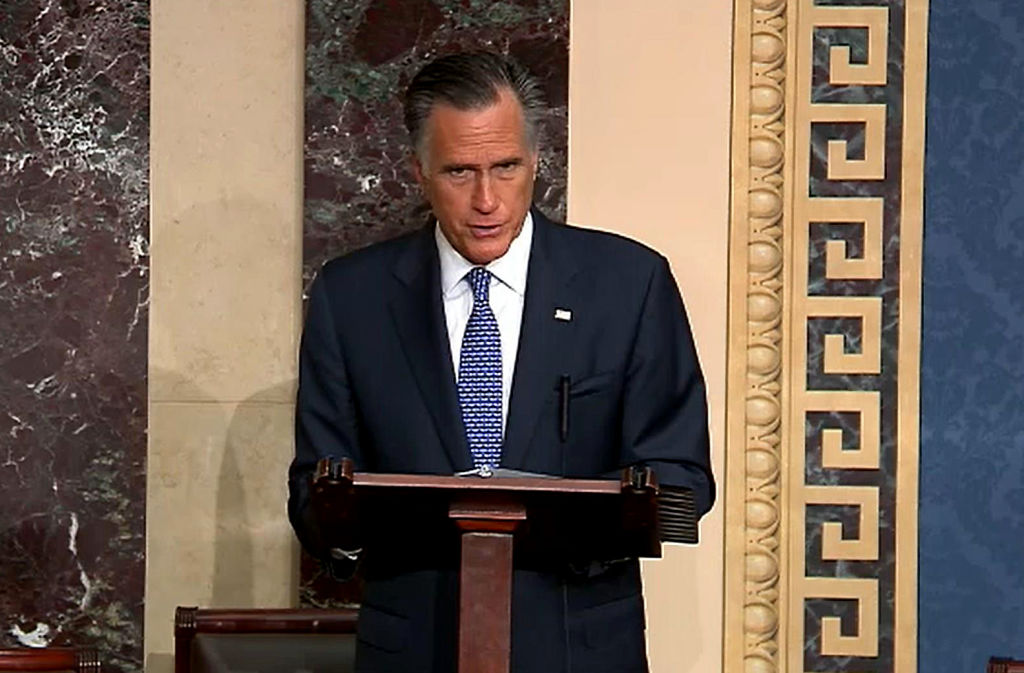 We will hold our regular monthly Mobilizing & Organizing call on Wednesday, February 12 at 3:00pm EST.

State legislative sessions are underway across the country. Several states are poised to move democracy reforms within the next session, and legislation in Maryland and Virginia in particular is already moving fast. Our discussion will focus on opportunities for your organization and members to take immediate action in Maryland and Virginia to advance voting rights and statewide small donor program.

We are also pleased to announce that we will host a special political briefing for DI partners on February 26, where Michael Podhorzer, Assistant to the President for Strategic Research of AFL-CIO will share insights and analysis. We look forward to seeing you there.

For more information on DI’s upcoming Mobilizing meetings and to RSVP for February 12 and/or Febraury 26, please contact our National Field Manager Getachew Kassa at gkassa@democracyinitiative.org.

As we stated last week, Democracy Initiative is launching the Bayard Rustin Fellowship program to support and advance long-term leaders of color in the democracy field and expand the movement’s ability to organize marginalized and oppressed communities. Bayard Rustin believed those who suffer the most from inequity and hate when democracy is deferred are the game-changers in increasing our success on reform. This new program seeks to ensure that our movement is rooted in, and reflective of, the authentic experiences and contributions of those who have been segregated and excluded from leadership. 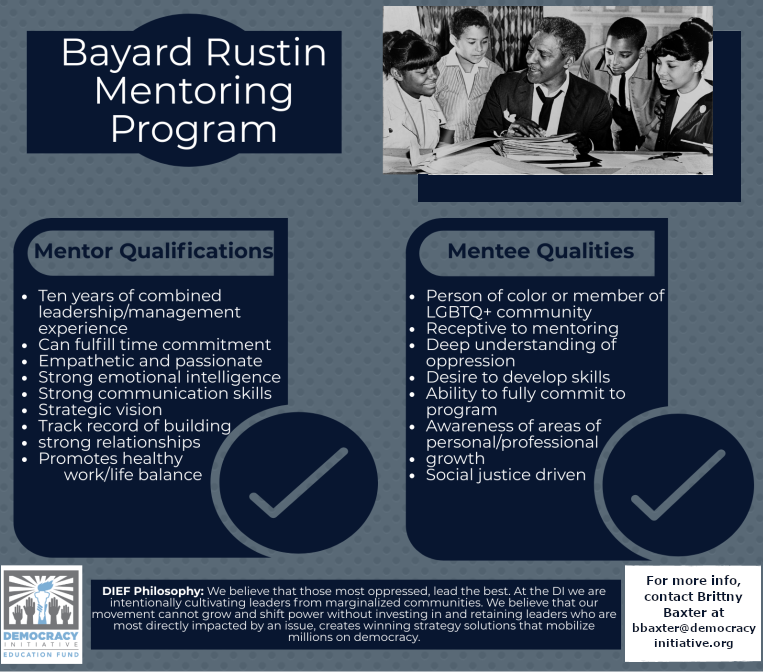 AS PRIMARIES APPROACH, RED FLAGS INDICATE VOTER SUPPRESSION RISKSAs recently as the November 2019 elections, DI partners and allies in the nonpartisan Election Protection coalition have identified content posted on Facebook and Twitter designed to confuse voters. As Jesse Littlewood of Common Cause writes,

“new technology has catapulted this threat to the next level, arming foreign governments and domestic disinformation campaigns with communications weaponry to spread deception to millions of voters from simple home computers (or from an overseas troll farm), before anyone even knows what’s happened, much less how to counteract it.”

The growing threat to election integrity posed by online forms of voter suppression has not, however, been received by a proportional reaction from Silicon Valley or our elected officials.   While some platforms, such as Twitter, have recently taken small steps to allow users to flag potentially misleading content, others such as Facebook continue to allow disinformation and outright lies in advertisements (in fact, its policy approves of this behavior from politicians). Meanwhile, Mitch McConnell’s Senate continues to sit on two bills that could address online voter suppression: the SHIELD Act and the Honest Ads Act, the latter of which is in the 2019 For the People Act (H.R. 1).

Ultimately, we understand that the only way to ensure corporations and our elected officials take the necessary steps to safeguard our elections is by raising the voter participation in the 2020 elections to 75%, so that the people can be prepared to govern in 2021.

BEYOND IMPEACHMENT—RESTORING OUR DEMOCRACY WITH THE FOR THE PEOPLE ACT“If Senate Majority Leader Mitch McConnell and Senate Republicans oppose the bold reforms demanded by the overwhelming majority of their constituents, they should have the courage to stand up and take a vote. No more games, no more excuses and no more delays. Our democracy works best when everyone can participate fully,” writes Public Citizen’s Vice President of Legislative Affairs Lisa Gilbert.