It has become increasingly clear that the Trump administration’s disastrous response to the spread of COVID-19 in our country poses a grave threat both to the working people of this country and to our democracy. In response to pandemic-related challenges facing vulnerable communities, front-line workers, and our elections, the progressive movement drove calls, tweets, and emails to their elected officials demanding they put people, families and communities first, not corporations, and include a minimum of $2 billion in stimulus funding to ensure states are prepared for voting under coronavirus challenges in Election 2020.

The DI joined hundreds of partner organizations and allies who signed on to two critical letters spearheaded by the Leadership Conference on Civil and Human Rights calling for a comprehensive approach to ensure that this year’s elections are safe and fair amidst the pandemic crisis. We're continuing to push for at least $2 billion in federal funds to help states adapt their election systems to the health crisis by expanding options for vote by mail, early voting and online registration as well as ensuring safe in-person voting.

To meet the moment, the DI convened the entire coalition on a video call to communicate and engage them around these priorities while reiterating the need for a strong money in politics message frame. Over 75 leaders from 55 organizations—many of whom are on the front lines of keeping workers, families and vulnerable communities safe and whole during this health and economic crisis—put aside other pressing business to participate in this emergency session.

Last week, elected officials passed a $2 trillion stimulus package. Mitch McConnell and the Senate GOP slashed the $2 billion demanded for elections to $400 million in the final version of the Senate bill. Trump later admitted that if the $2 billion in federal funding provisioned for voting reforms such as Vote by Mail, early voting, online and same day voter registration and safe in-person voting was passed, no Republican would ever be elected again. Funding our elections, however, is not and cannot be a partisan issue.

See statements on the stimulus package from DI partners: AFL-CIO, CASA, Common Cause, Friends of the Earth, and NAACP.

$400 million in election funding for the states is a start, but it is nowhere near enough to ensure all Americans can cast their ballots during the remaining primaries or the general election in November. We must continue to demand more funding for state and local officials to transform our election infrastructure to meet the moment, including funds to expand Vote by Mail, and early in-person voting, safety and health standards for all polling sites, increased access to voter registration, accommodations for voters residing on Indian lands, and more (read our full requirements here).

To facilitate partner engagement during this critical time, we have set up a new rapid response alert system. If you would like representatives from your organization to be added to the DI Rapid Response group, please email Jack Flynn at jflynn@democracyinitiative.org.

TAKE ACTION: STAND IN SOLIDARITY AGAINST HATE IN THIS TIME OF CRISIS

We must stand shoulder to shoulder to condemn the rise in hate crimes against Asian American and Pacific Islander communities attributable to racist fearmongering and scapegoating related to the Coronavirus.

Our discussions in recent partner convenings surfaced a shared deep concern about the increasingly racist and xenophobic rhetoric in public discussion about the virus. We are collaborating with the Asian Pacific American Labor Alliance (APALA) and the National Council of Asian Pacific Americans to organize a sign-on letter pushing back against rhetoric that has real world impact to Asian American and Pacific Islander communities and to workers.

If you are interested in signing on to the letter, contact DI Deputy Director, Jen Lamson, jlamson@democracyinitiative.org.

The outbreak and subsequent spread of COVID-19 in the United States has made it clearer than ever that the democracy movement’s priorities must start with protecting and supporting the most vulnerable in our communities, including first responders and working families, Black and Brown folks, the LGBTQ community, immigrants, and the homeless. 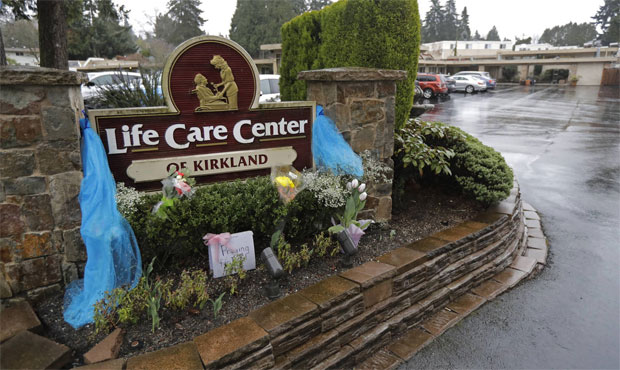 At least 37 people associated with the nursing home have died from COVID-19 related complications. Photo by Ted S. Warren/Associated Press.

The pandemic has also shown us that corporations and wealthy interests will attempt to capitalize off the crisis to line their own pockets at the expense of the American people. The connection between wealthy special interest dark money and lobbying and policies that directly harm vulnerable Americans has never been clearer. For example, the Trump administration recently relaxed Obama Administration regulations that govern nursing homes’ response to infectious diseases after intense lobbying and political campaign contributions from the nursing home industry, led by a lobbyist with close ties to the Trump administration. Nursing homes have been hard hit by COVID-19. The massive infections of staff and residents at a Washington nursing home in early March that led to the deaths of 37 residents was a harbinger of what has now come to pass across the country. 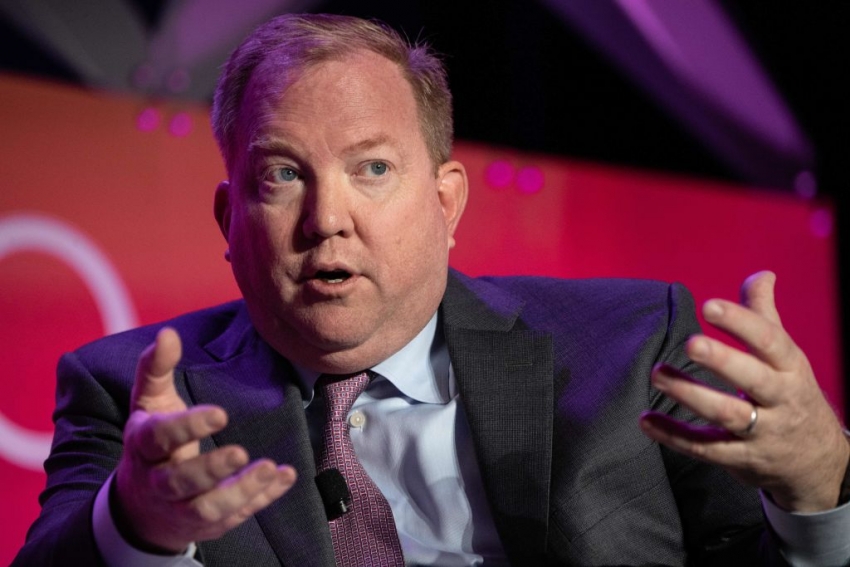 Boeing CEO of Commercial Airlines Stanley speaks at the annual Aviation Summit in Washington, DC on March 5. Boeing, its business floundering after a a series of debacles, was quick to ask for a coronavirus bailout—before the pandemic affected it at all. Photo by Nicholas Kamm/AFP via Getty Images.

Other industries have attempted to profit off the recent stimulus package designed to provide relief to the American people. Wall Street and businesses secured a $500 billion corporate bailout, inspired by Boeing’s request for a $60 billion bailout lodged prior to being impacted by COVID-19. Airlines’ request for taxpayer funds is especially significant considering they’ve spent billions of dollars from the last decade’s profits (96%) on buying back their own stocks, while workers have fought for paid sick leave and decent pay. The recent stimulus package did include some hard-won oversight measures, including the establishment of an oversight committee and Inspector General for the $500 million.

It will be important to stay united during this crisis in condemning corporate and special interest profiteering off urgent efforts to provide relief to American workers and their families. If there has ever been a time for corporations to step in and repay the American people for their decades of government assistance at the expense of everyday people, its now. The efforts to deregulate industry and capitalize on “opportunities” emerging from the preventable deaths of thousands of Americans are debased and utterly shameful. The continuous stream of reports detailing new instances of crisis profiteering demonstrates that we must remain vigilant and continue to demand accountability and relief for the American people. We’ll be keeping an eye on this and posting news here in the DI Update to help you stay informed.