This week's DI Weekly Update is shortened for the holiday break.

"At this time of year when we gather with family and friends to practice gratitude, let us also take time to remember that Indigenous, Black and Brown communities are fighting to be counted in the census while billion dollar corporations reap the rewards of their political influence with a $0 federal tax bill. Wishing all a restful and Happy Thanksgiving that renews our strength for the fights ahead." —Wendy Fields, Democracy Initiative Executive Director 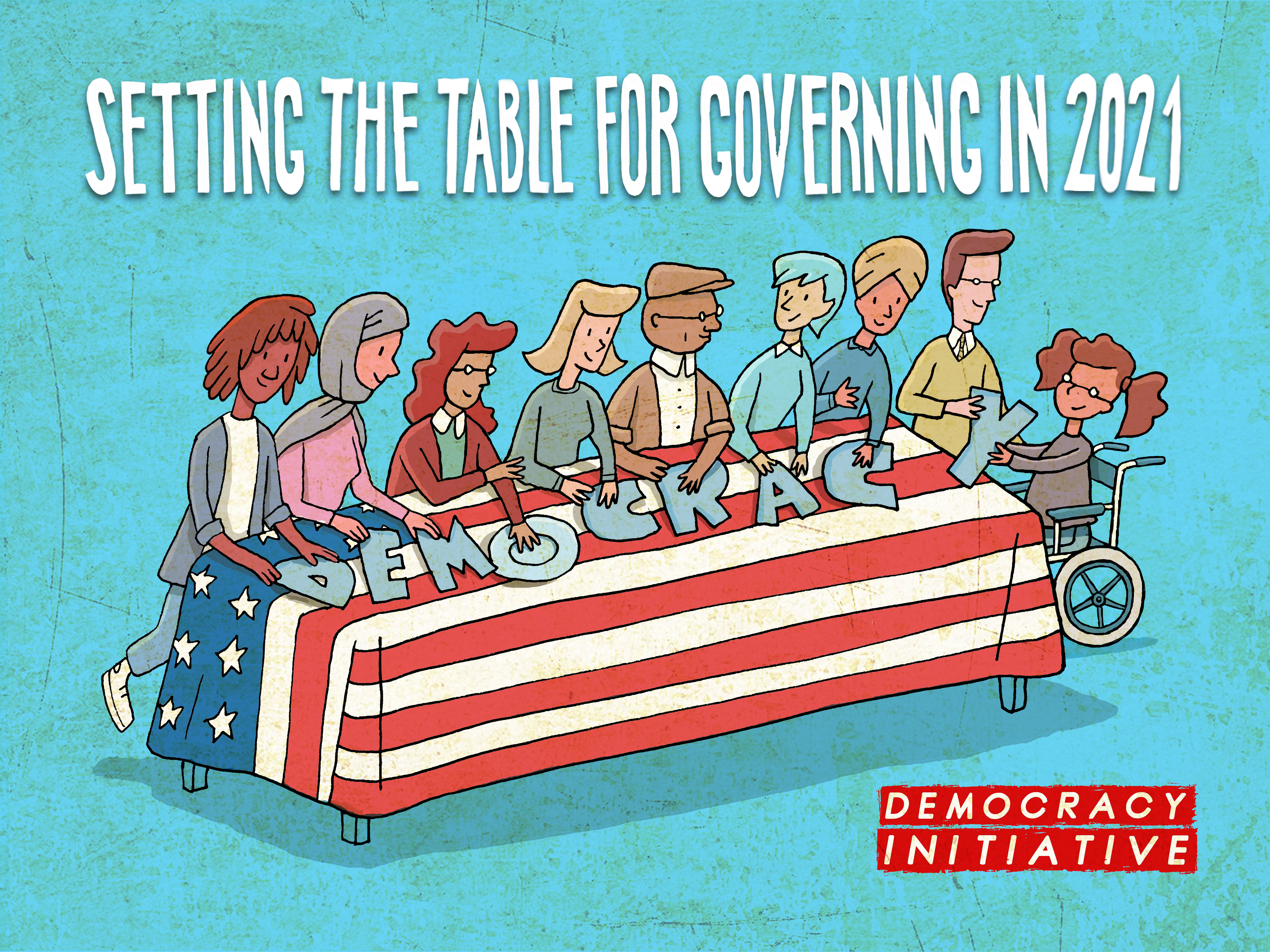 Once again, the DI Team would like to thank our Board, Principals, Discussion Leaders, and all participants for an inspiring, successful 2019 Annual Meeting. We're sharing a reflective comment from Small Planet Institute Co-Founder Frances Moore Lappé that really captures the power of the meeting and the moment:

"'Annual meetings' are often sober affairs, but two weeks ago Democracy Initiative pulled off something very special—an annual gathering that was a rousing opportunity to learn, bond, and to be deeply moved. I first heard of the Democracy Initiative in 2015 from one of its founders, the Sierra Club’s Mike Brune. I was ecstatic, for I had long believed that we could meet today’s huge challenges only as all of us devoted to critical 'issues' also grasp that we can succeed only as we create accountable democracy. Turned out, Mike and other founders of Democracy Initiative were way ahead of me! In founding DI, they—leaders of the democracy, labor, environment, and racial justice movements--were already on it.

So, in a beautiful meeting room in AFL-CIO offices, I felt for the first time the palpable energy embodied in a true 'movement of movements' that I’d longed for--and our nation so desperately needs. In chatting with a Postal Workers Union member next to me and then being awed by Greenpeace activist Jonathan Butler—who’d committed civil disobedience resisting both an anti-democracy law and fossil fuel exports—and also wowed by democracy-champion Senator Jeff Merkley’s brilliant keynote highlighting a range of democracy reforms—and so much more—I left feeling not only more motivated than ever but more powerful.

Thank you, Democracy Initiative, for putting together such a rich feast of learning and sharing." —Frances Moore Lappé 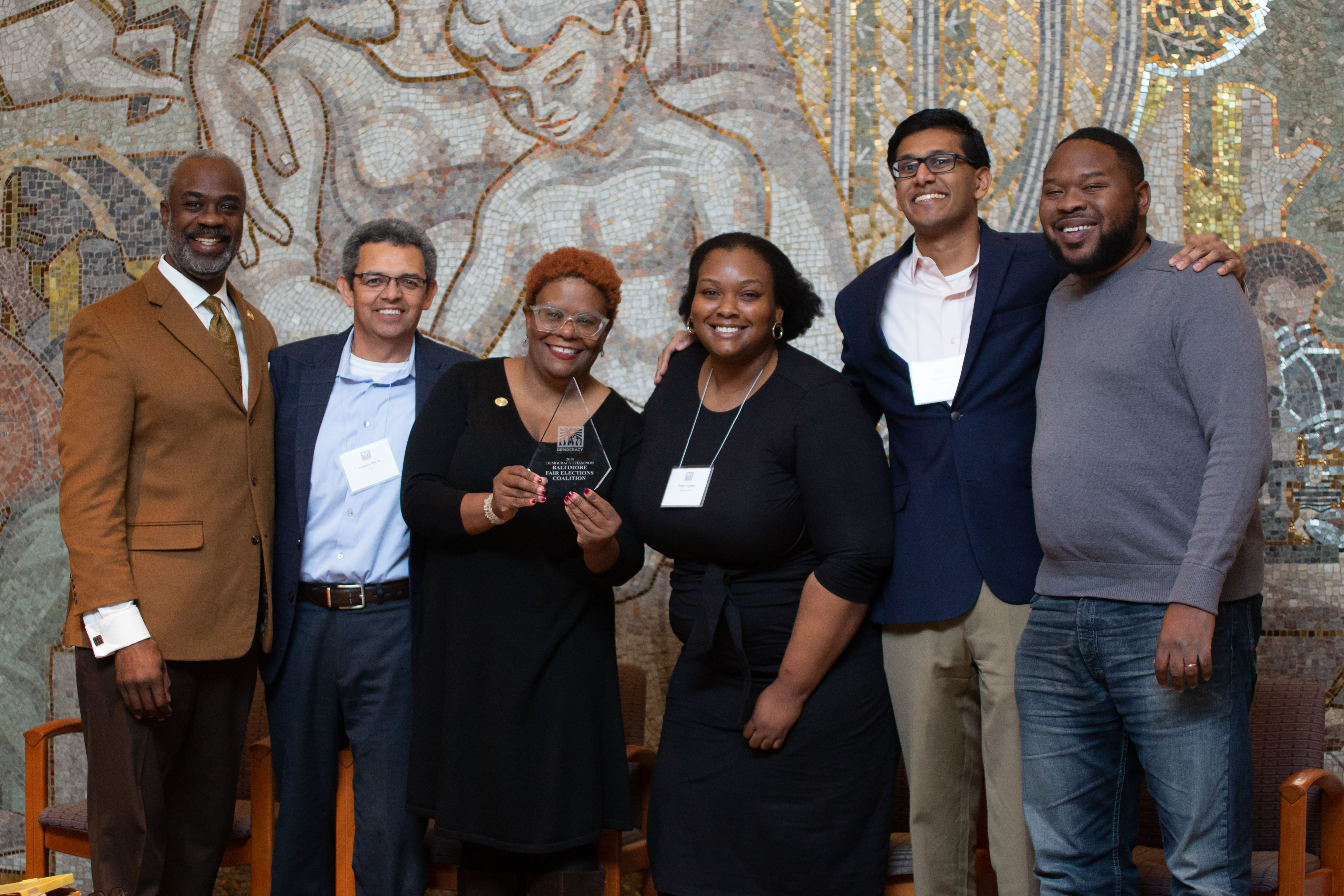 We also encourage any partners who have yet to sign up for the 2020 work groups to do so by filling out this form. These work groups will be the place where our partner organizations join together to plan and execute strategies to advance our shared work in the coming year. A brief description of each work group is below.

The Civic Participation Work Group will help create organizing center of gravity around current states that have vote at home (VH)/vote by mail (VBM) and no-excuse absentee policies to ensure we educate and get commitments for increased use of the reforms to illustrate the difference they make, thereby making a case for more states converting to no-excuse absentee and full VBM/VH.

The Senate Governance Work Group will create a detailed campaign plan to educate and organize support for Senate governance reform among cross-sector progressive constituencies who have a stake in a functional Senate. The work group will co-create fact sheets and other educational materials for key audiences, including DI partners’ members, presidential candidates, US Senators and Senate candidates, and members of the media; design and host webinars with key experts; and provide sample governance questions for candidate questionnaires.

The Disruption/Mobilization Work Group will create a detailed campaign plan to coordinate 1 or 2 direct action mobilizations focused on common opponents (ex: corporations, wealthy donors). The work group will develop strategic communications and social media that create an opposition frame around opponents who maintain power through money in politics. We will identify key “bad actors” as a focus for 2020 mobilization. The work group will also design and deploy training for direct action, civil disobedience targeting a specific opponent. 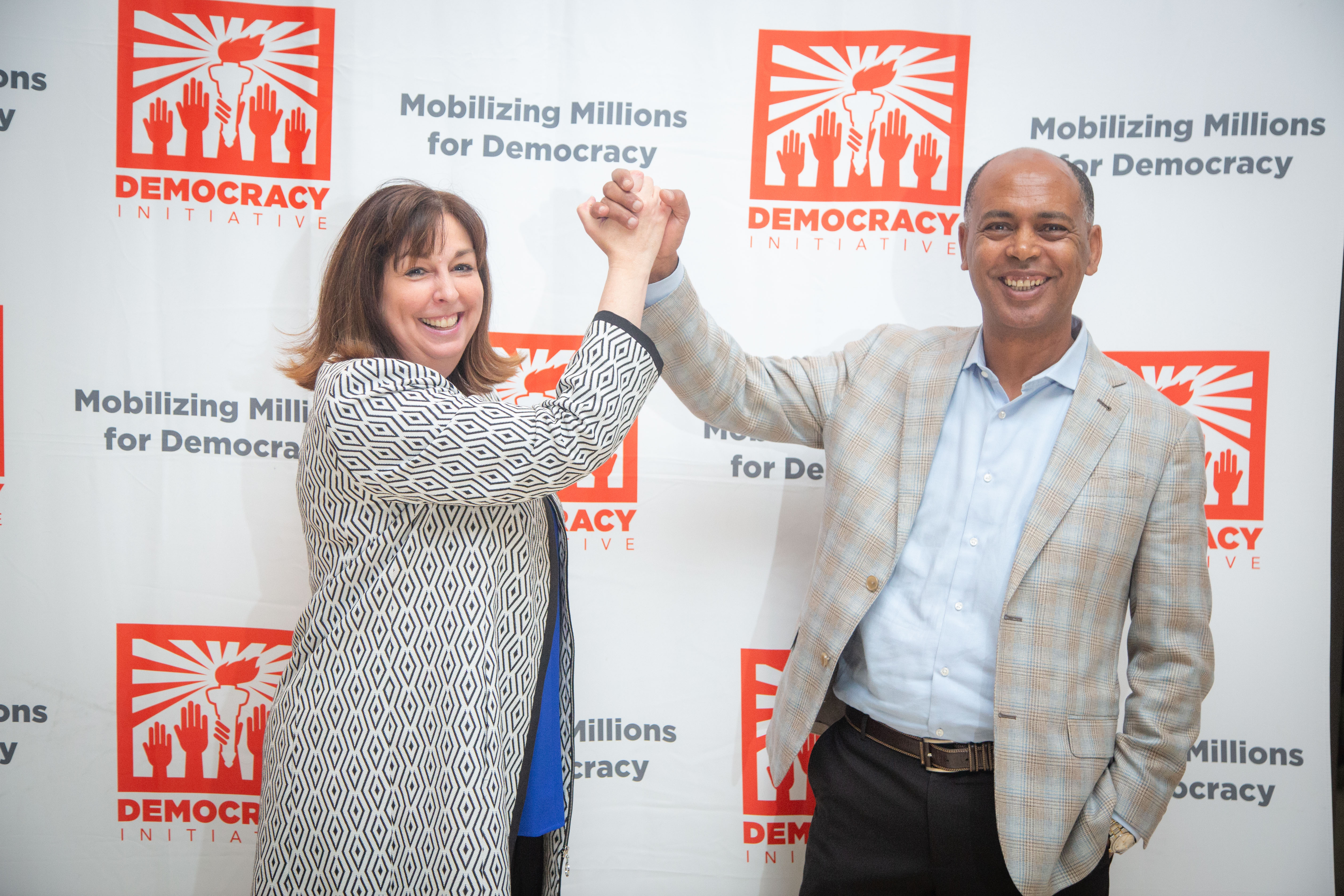 As democracy reformers around the country prepare to celebrate Thanksgiving, we can take some time to reflect on the state of Native American voting rights. Numerous voter suppression laws passed in the last two years, such as the 2018 North Dakota law requiring a valid street address on identification, jeopardize the voting rights of Native Americans. The Native American Voting Rights Act of 2018, introduced a year ago, disappeared into Mitch McConnell’s legislative graveyard, the U.S. Senate. Indigenous voting rights advocacy organizations such as Four Directions are preparing to mobilize voters in key states with high Native voting populations, such as Arizona, Michigan, Nevada, North Carolina, and Wisconsin in 2020. As we fight to ensure every vote counts and is counted, let's commit to standing in solidarity and commit to fighting for the voices of Native Americans in our democracy in the year ahead.