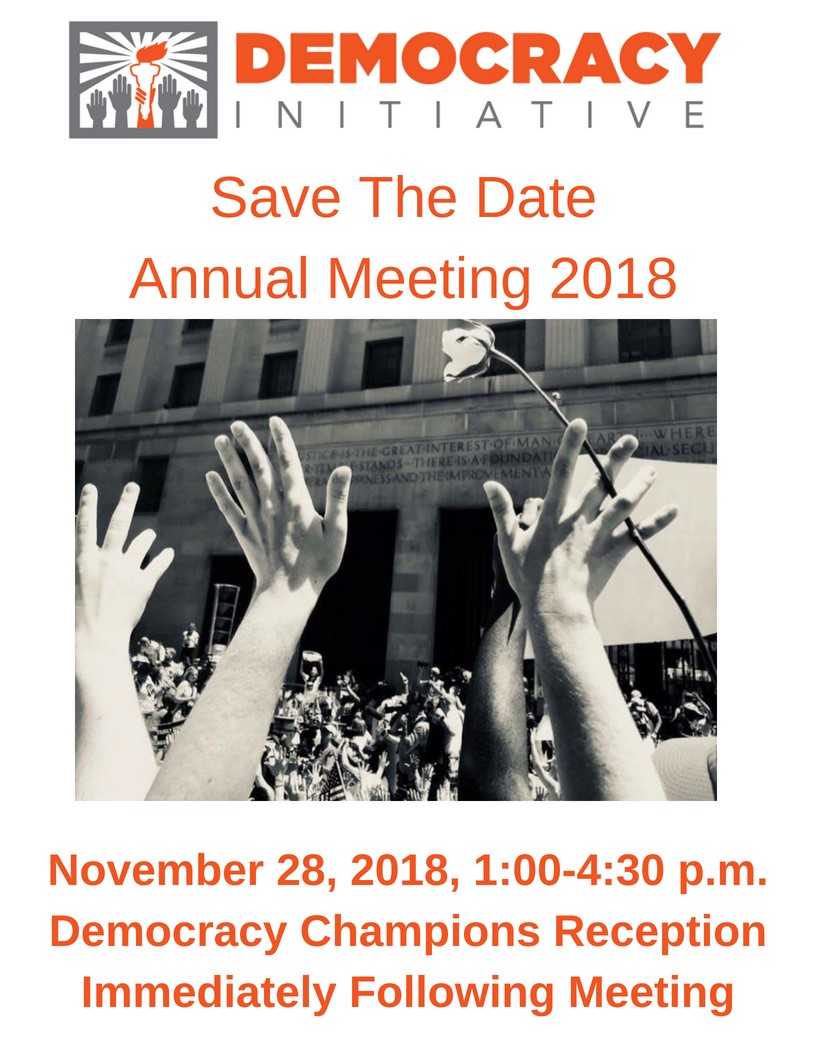 As we approach the Labor Day Weekend, we at the Democracy Initiative want to take a moment to express our appreciation for the hard working women and men of the labor movement. Our labor partners, with support from many allies, have experienced some recent victories in the face of constant attacks, like the terrible Janus Supreme Court decision. One major win was when Missouri voters overwhelmingly defeated Right to Work, and affirmed the right to organize in their state, including their right to collectively bargain. Also, recently, a federal judge struck down parts of Trump’s executive orders that attempted to weaken and undermine the representation of federal workers. That executive order would have made it easier to fire employees, and would have limited the ability of union members to support candidates who share our values across the country.

We and DI partners share a core principle; we cannot have a strong and healthy democracy without a strong labor movement that can set decent economic standards and safe working conditions for us all. So rest up this weekend, as the fight continues.

JOin FB LIVE ON STATE OF DEMOCRACY in FLINT, MI

Come be a part of the education campaign from the national effort called Declaration For American Democracy (DFAD). We’re helping to build a grassroots effort to highlight a package of democracy reforms solutions we need to fix our democracy.
On August 30 at 6pm EST, we’re supporting a Facebook live on the topic of gerrymandering, voting rights, and how the current state of democracy in Michigan has made it difficult to hold state legislators accountable for the Flint water crisis.
Here is the Facebook page for DFAD, where you will be able to join the Facebook live discussion. Please share this information with your members. 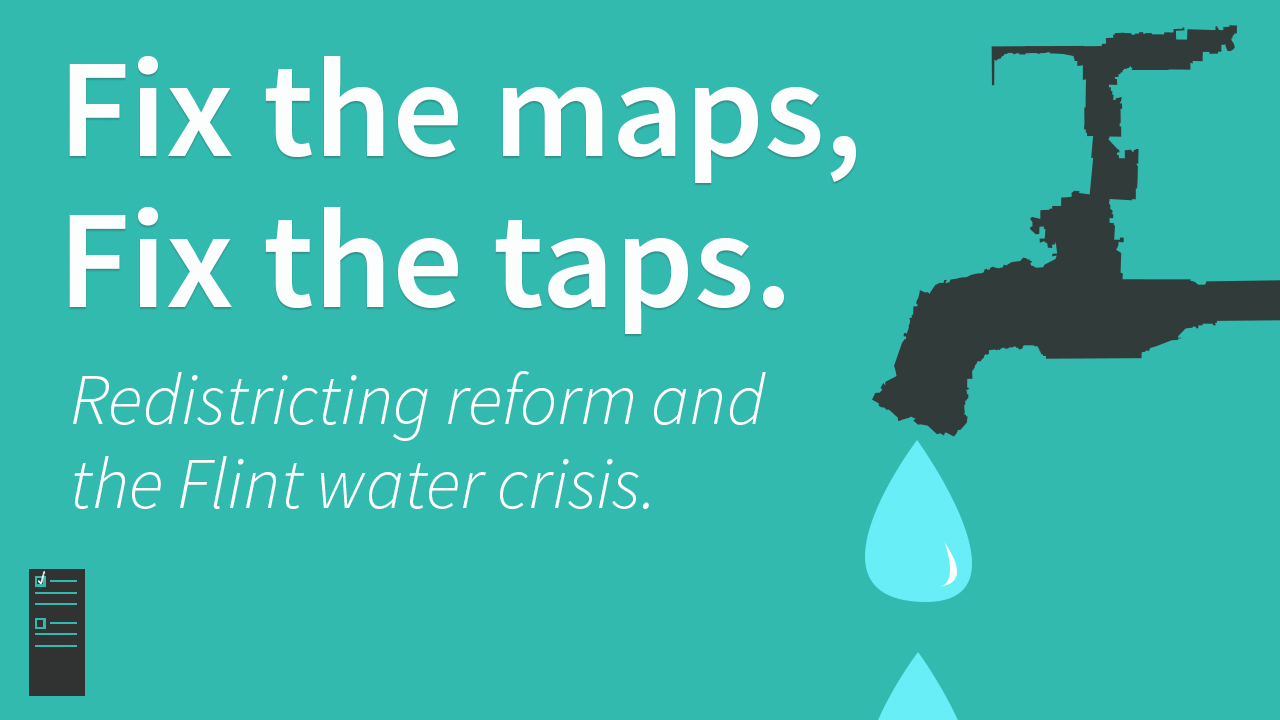 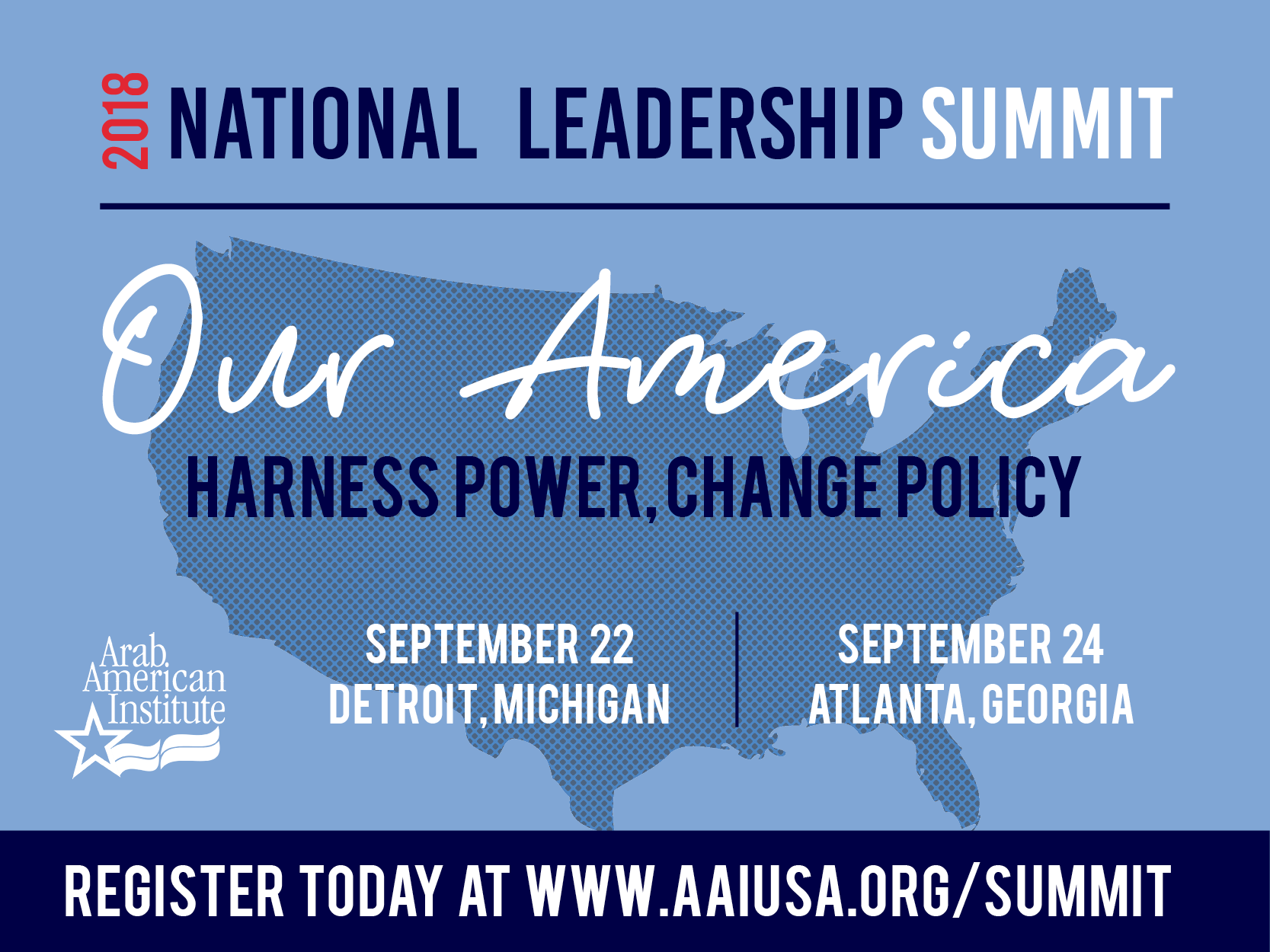 On September 22 and 24, the Arab American Institute Foundation is hosting summits in Detroit and Atlanta to tell the complex story of one America: a country with varying regional, and shared federal, policy challenges. Activists, change-makers, and thought-leaders from various backgrounds and expertise from across the country will come together to produce a definitive shared vision for the future. You can register here. For more information, contact Heba at hmohammad@aaiusa.org.
COALITION ORGANIZES TO PROTECT RIGHT TO PROTEST
DI Board Member Annie Leonard of Greenpeace USA is a leading partner in the Protect the Protest Task Force effort against groups that use legal action and threat of financial risk to silence criticism and protest.

A healthy democracy is a precondition for a healthy environment, & we can't have a healthy democracy without informed, engaged public dissent. That's why we're fighting back against SLAPPs. https://t.co/AvdhYjD65J @protectheprotest @EarthRightsIntl @ACLU @greenpeaceusa

Join us at our bi-weekly mobilizing meeting on Wednesday, September 19; you can learn more information and ways to get involved. RSVP with Getachew at gkassa@democracyinitiative.org.

DEMOCRACY IS ON THE BALLOT IN 2018 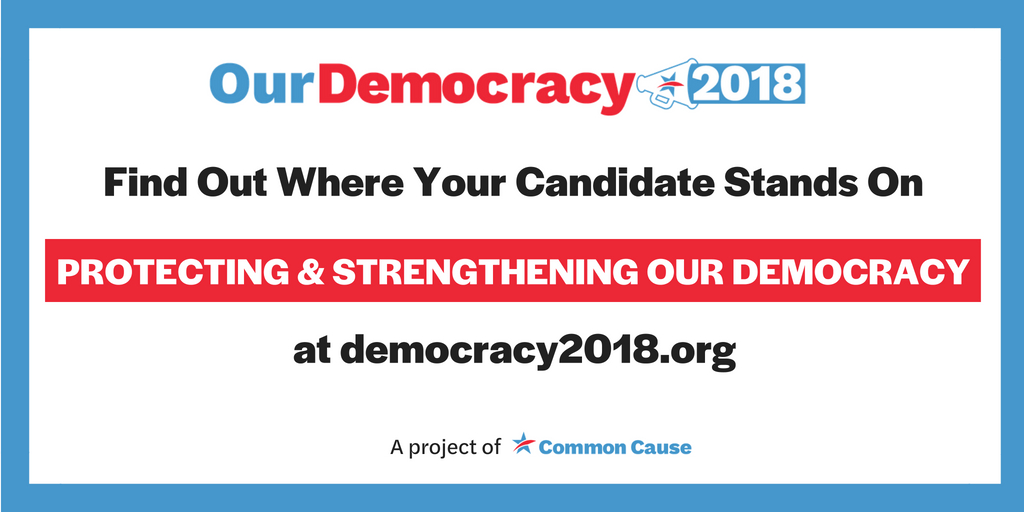 DI anchor partner Common Cause launched their Our Democracy 2018 campaign to ensure that our elected officials protect our democracy.
To take action, visit their campaign website and use their toolkit to send a message to your elected officials.
HIP HOP CAUCUS PLANS FINAL 60 DAY PUSH FOR RESPECT MY VOTE!
DI partner Hip Hop Caucus is launching their final Respect My Vote! voter registration and mobilization on September 6, with a focus on Georgia, North Carolina, Michigan, Florida, Nevada, Pennsylvania, Virginia, California, Wisconsin, and Ohio. Hip Hop Caucus will be collaborating with influencers to share content on Hip Hop Caucus social media channels. Follow @HipHopCaucus and stay tuned for more information. 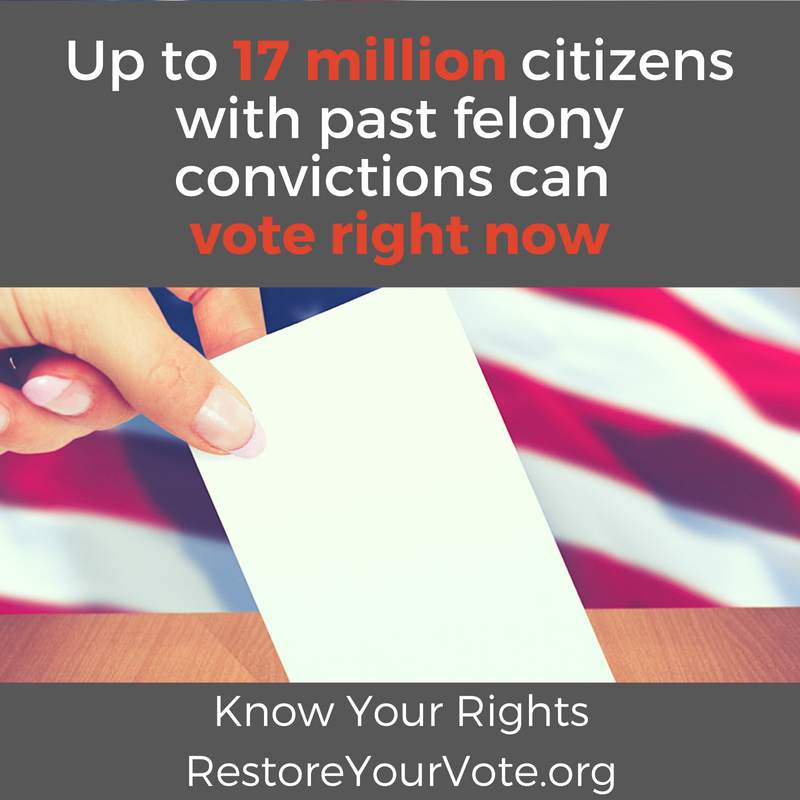 17 million people who've served their time are eligible register to vote right now, but many do not know their rights. DI partner Campaign Legal Center has developed Restore Your Vote to provide information and resources to help those with past convictions reclaim their right to vote. The tool will be updated with information from all 50 states. Share this tool widely as we approach these critical midterm elections. Disenfranchisement affects everybody.

HAVE YOU SIGNED THE PETITION?

We're fewer than 70 days away from the election, and it's more important than ever to stand together for a stronger democracy. It’s crucial that we send a message: “Don’t Mess With Our Vote!”
Please sign and distribute the petition with your members. Our petition engagement guide can be found here. To get involved, contact Getachew at gkassa@democracyinitiative.org. 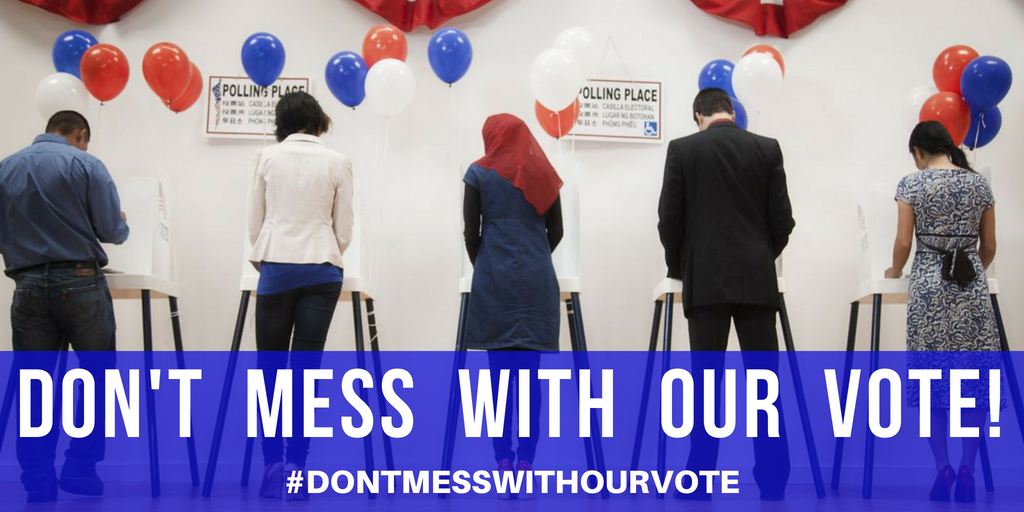 VICTORY IN NORTH CAROLINA AGAINST GERRYMANDERING
Congratulations to DI anchor partner Common Cause and allies on their victory in North Carolina against partisan gerrymandering. A federal court ruled that NC's congressional map violates the U.S. Constitution on three counts. Common Cause v. Rucho also satisfies the standing requirements set out in an earlier gerrymandering case heard by the Supreme Court in June, making it the strongest anti-gerrymandering case going forward. The case will likely be heard in 2019.

FLORIDA HAS HIGHEST VOTER TURNOUT SINCE 2002
According to reporting from the Florida Secretary of State's office, voter turnout for yesterday's primaries was at its highest since 2002 at 27.34%. Thanks to effective voting rights policies like early voting, voters had greater access to the polls; the Democrat voter turnout increased by nearly 70% before the polls even opened on Tuesday. The high primary turnout points to historic levels of participation for the upcoming November midterms, and Florida joins many other states this season reflecting the trend towards high turnout.
DI BOARD MEMBER AND DERRICK JOHNSON ON RACISM AND THE MIDTERMS NEW YORK TIMES OP-ED
The Trump Administration's racism will have consequences for the November midterm elections, writes President of the NAACP Derrick Johnson. Johnson put out an op-ed on Monday, August 28 addressing the disparity between whites and people of color on how they view the president's rhetoric and actions; Black, Latinx, Asian, and Native American voters overwhelmingly report feeling hostility from Trump's administration, a feeling not entirely shared by their white counterparts. Despite the administration's "war against civil rights," the people will continue to fight for racial justice, and it starts at the ballot box.
Read the piece here.

On September 5, DI’s next bi-weekly Mobilizing Committee Meeting will continue working on priority state campaigns, with a focus this week on the Promote the Vote and Voters Not Politicians ballot initiatives in Michigan. Todd Cook from Promote the Vote and Katie Fahey will join us with updates on the initiatives’ current progress and offer opportunities for engagement.

For more information and to RSVP, contact Getachew Kassa at gkassa@democracyinitiative.org.