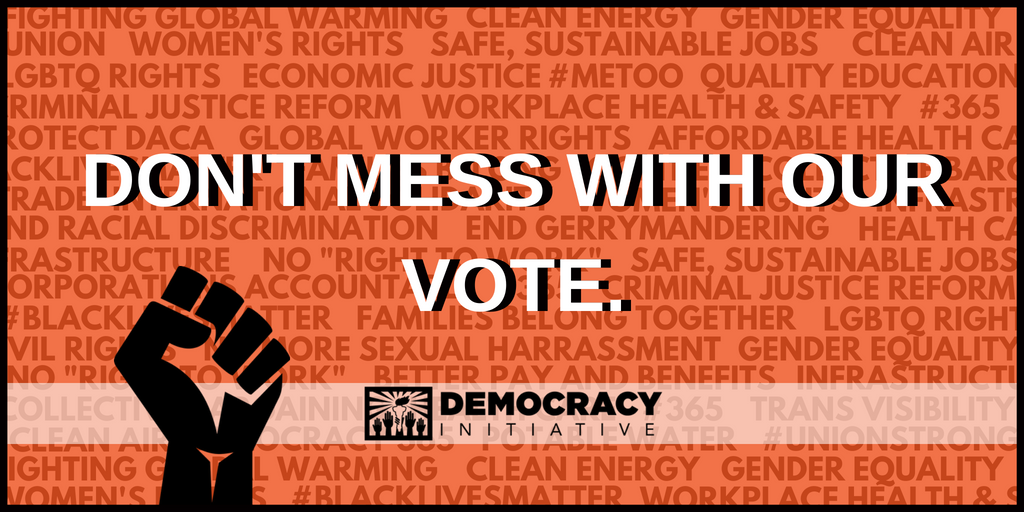 As the country approaches a midterm election projected to have a historically high voter turnout, voters are facing significant obstacles to casting their ballots. Just in the last week, voters in Oakland County, Michigan arrived at precincts without enough ballots, and some had to leave  for work or to return to their children without casting a vote. Newly purchased voting machines in several Michigan counties proved difficult for blind voters to use. Infamous proponent for voter suppression and Kansas Secretary of State Kris Kobach narrowly won a gubernatorial nomination amid conflicts of interest and misrepresented vote tallies. The American people cannot participate in a democracy that works for everyone when their ability to vote is undermined at every turn.

That's why we're asking you to sign Don't Mess With Our Vote!

NEWS FROM THE MIDTERM CYCLE 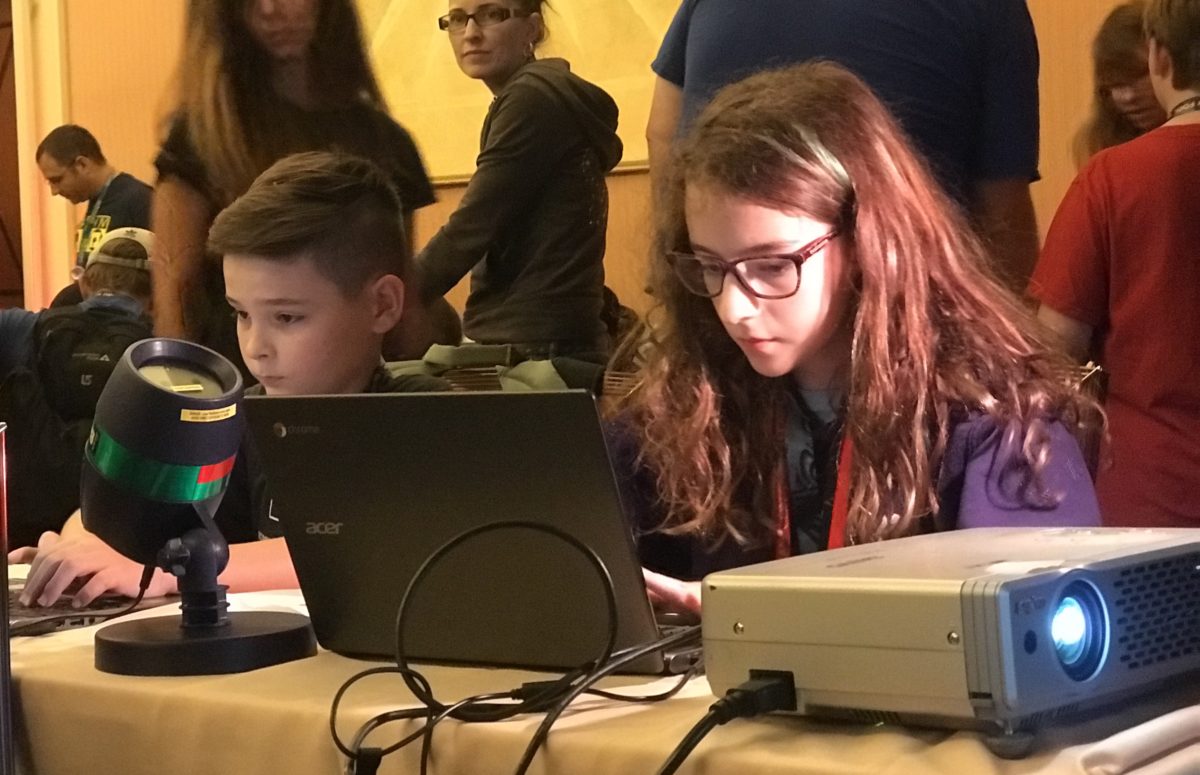 A strong democracy needs well-funded, secure election infrastructure. We're a long way from achieving that. At the DEFCON 26 hacking convention, an event called “Voting Machine Hacking Village” was hosted for kids aged 8 to 17, where after a quick thirty-minute lesson on SQL injections the 39 participants attempted to hack a 2013 Diebold TSX voting machine—the current machine widely used in Florida. Out of the 39 participants aged 8-17, 35 kids found exploits. The fastest hack was accomplished by an 11 year old in under 10 minutes. The 11 year old hacked a replica of the Florida state website and was able to change the results of the election. 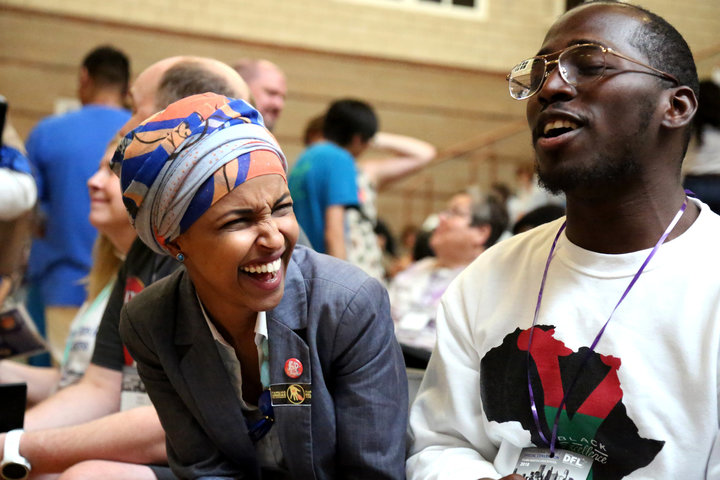 As we see voter turnout on the rise, progressive candidates who represent our inclusive democracy are winning. The August 7th primaries continue these victories. In Vermont, the Democratic Party nominated Christine Hallquist, the first transgender gubernatorial candidate in US history. Democrats in Connecticut nominated Jahana Hayes, who could be come the state's first Black congresswoman. And finally, Somali-American and Muslim Ilhan Omar received the Democratic nomination for Minnesota's 5th Congressional District.

SAVE THE DATE: BLUEPRINT FOR A GREAT DEMOCRACY

The Democracy Initiative is proud to collaborate with Common Cause on their annual Blueprint conference. Click the image to learn more. 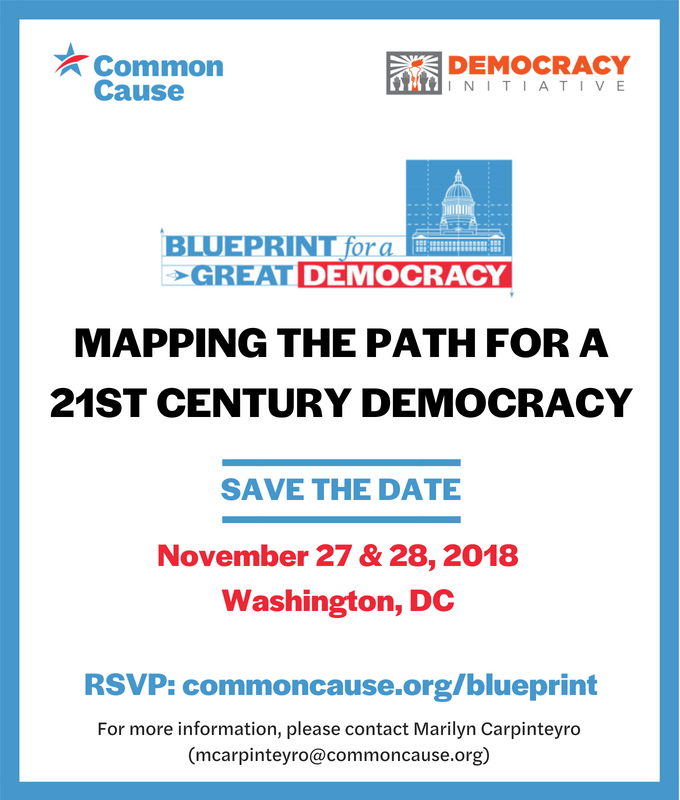 DEMOCRACY IS ON THE BALLOT IN 2018
DI anchor partner Common Cause launched their Our Democracy 2018 campaign to ensure that our elected officials protect our democracy.

To take action, visit their campaign website and use their toolkit to send a message to your elected officials.
CORPORATE ACCOUNTABILITY HALL OF SHAME 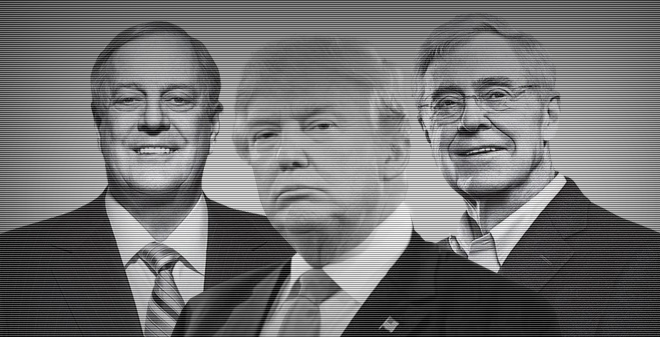 The ballot for this year’s Corporate Accountability Hall of Shame is live, and the competition is fierce. Vote now for the companies you love to hate.
SHINE A LIGHT ON CORRUPTION PETITION
Dark money groups compete to control our democracy, That's why DI coalition partners Corporate Accountability, Common Cause, PFAW, and Daily Kos have joined together in a coalition to work on passing the DISCLOSE Act. Sign their petition here.

Join a national briefing on the launch of "Restore Your Vote," a new web tool to help returning citizens know their voting rights—Aug. 22nd at 3pm EST/ Noon PST

Join us on our next bi-weekly DI Mobilizing meeting Wednesday, August 22nd at 3pm EST. The DI is collaborating with the Campaign Legal Center and Color of Change on the launch of their new Felony Disenfranchisement web tool "Restore Your Vote," aimed at educating people with felony convictions to know they have the right to vote before the upcoming midterm elections. In fact, up to 17 million Americans with past convictions can vote RIGHT NOW—they just don't know it—because the laws in every state can be confusing.

We encourage both national staff and your state leaders to join us for this briefing. RSVP to Getachew Kassa at gkassa@democracyinitiative.org