SOLIDARITY WITH VICTIMS OF WHITE SUPREMACY

The Democracy Initiative stands in total solidarity with victims of antisemitism, Islamophobia and all forms of bigotry. The root cause that underlies this hatred is white supremacy, and it is on the rise in this country. Once more, we are reminded that our fight for a just and vibrant democracy calls us to resist this hateful ideology in the movement to create an inclusive society for all Americans.
In response to the tragic violence at the Poway synagogue in San Diego, California, our partner Bend the Arc: Jewish Action released the following statement: 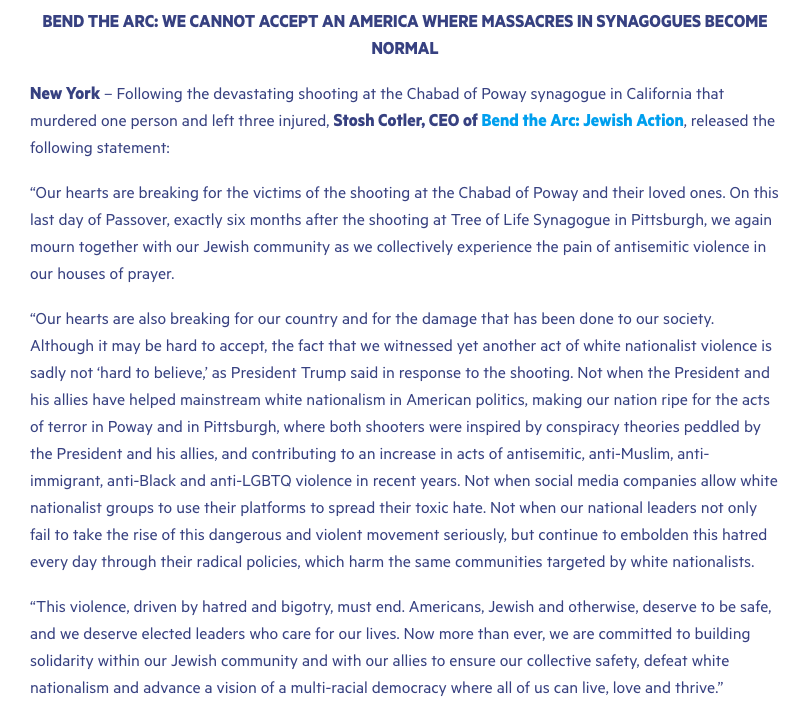 Our partners at Arab American Institute released the following statement in solidarity:

"We are heartbroken to learn about today's shooting at the Chabad of Poway synagogue, which has left at least one person dead and multiple wounded. That today marks the end of Passover, one of the most important weeks in the Jewish calendar, makes this attack all the more devastating. News reports indicate this egregious act of violence was yet another hate crime targeting people in a place of worship.

"We mourn with the American Jewish community as they endure the pain of a second violent attack at a synagogue in recent months. The Tree of Life shooting occurred exactly six months ago, to the day. We will persist in our relentless advocacy to end the scourge of hate crime and promote a more peaceful, equitable, and just society."

"People should have the right to worship and go about their community without fear of violence due to the rise of White Supremacy. Tragedies like this strike at the very heart of what we stand for and remind us that we have not yet achieved an inclusive democracy. We at the DI seek to create a country where dialogue and democratic freedoms are celebrated."

Attorney General William Barr's refusal to testify before the House Judiciary Committee, the administration’s attempts to bury Mueller’s damning report, and still unanswered questions around America’s election security once again remind us that a strong democracy requires total transparency and accountability. In fact, Barr's testimony before the Senate Judiciary Committee on Wednesday, May 1 was so inaccurate, news networks fact-checked his lies in real time.
Since taking office, Barr has made it clear that he cannot be trusted to enforce our nation's laws and safeguard our constitutional rights. His egregious mischaracterization of the Mueller report and blatantly false testimony to Congress has placed our democracy and the rule of law in jeopardy. He is simply unfit to serve.
DI partner NAACP has begun a petition to demand the resignation of Attorney General William Barr, and we need your members to add their voices!
You can find the petition here. 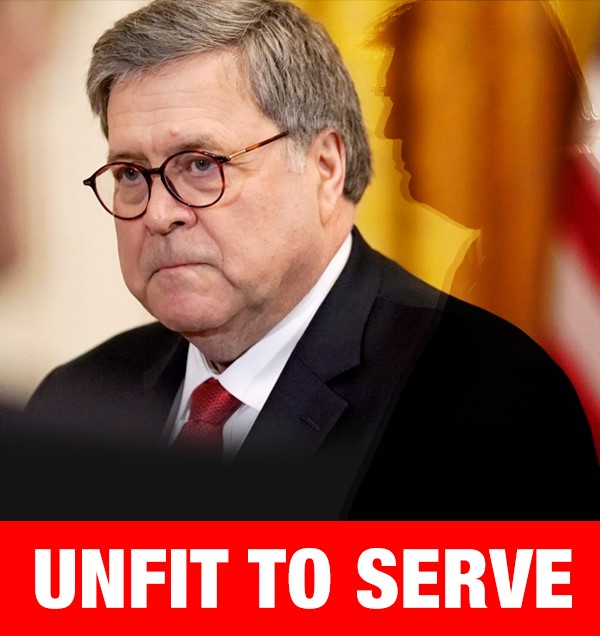 We know from the Mueller Report that a foreign government attempted to tamper with the results of our elections. But without sweeping democracy reform efforts such as the For the People Act, the American people lack mechanisms to handle the obstruction and election vulnerability abetted by the Trump administration.

As DI Board Co-Chair and Common Cause President Karen Hobert Flynn states:

"There’s a lesson from the Mueller Report people are still ignoring: our democracy is still at risk and our elections are still not secure. We need elections systems that are secure from outside interference and democracy reform that protects people’s right to vote. Americans across the country are demanding that their vote is protected from foreign tampering, counted accurately, and free from undemocratic barriers to registering to vote and casting their ballot."

In this moment, we renew our commitment to fighting for an accountable, responsive, and transparent government, and turn to the states to build the case for rigorous national reform.

MICHIGAN VICTORY: FEDERAL JUDGES STRIKE DOWN GERRYMANDERED DISTRICTS
Congratulations to our partner League of Women Voters of Michigan for their victory against Michigan’s gerrymandered districts. On April 25, a third panel of federal district judges ruled that Michigan’s legislative and congressional district maps drawn by the 2011 Legislature constitute an unconstitutional gerrymander “of historical proportions.” At a time when special interest challenges to the historical Voters Not Politicians midterm campaign for independent redistricting reform have mounted, this ruling is a crucial victory for Michiganders, who stood up and demanded that their voices are heard.
“Today is a great victory for the voters of Michigan and for our democracy,” said Judy Karandjeff, President of the League of Women Voters of Michigan. “The state will now draw new district lines before the next federal election, which now will better reflect the makeup of the voters – not the interests of the politicians.”
Read the full statement here.

These "new priorities" come on the heel of over $2 billion in lobbying from the fossil fuel industry from 2000-2016, and $250 million in the last election cycle alone. Until we see sweeping national reform targeting the out-sized influence of money in politics, special interests will continue to hold more power over our democracy than the American people. 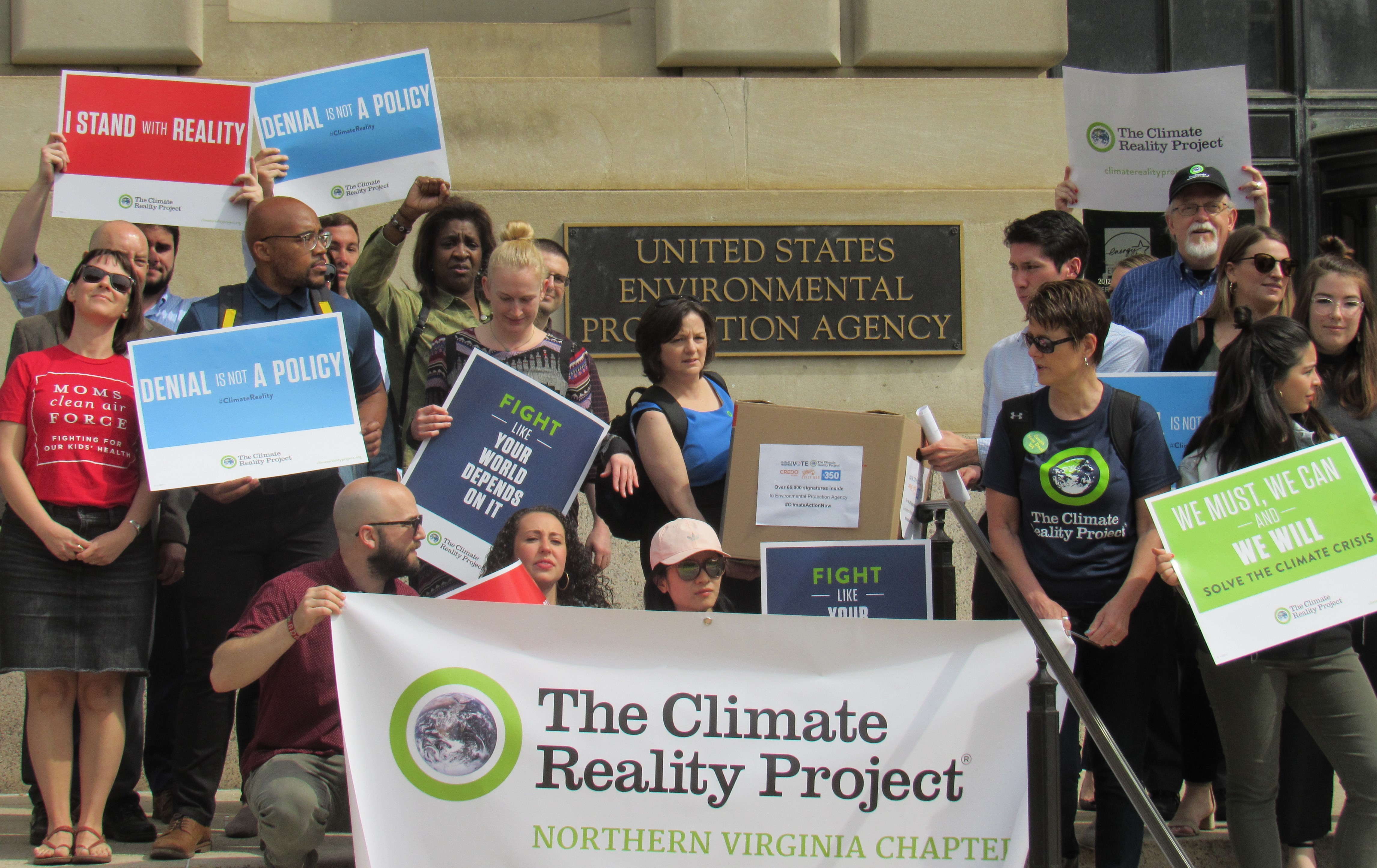 The digital campaign to collect petition signatures culminated in a rally and march to deliver the signatures, demonstrating that Americans everywhere are demanding transparency, accountability, and immediate action on climate change now.

The coalition has launched a website—https://wevotewecount.org/—for people to share stories. They are compiling those into a shadow report that will be filed alongside Cong. Fudge’s report. Advancement Project is lead on drafting the report.

The Leadership Conference has developed invitation language and shareable resources force use in getting turnout and social media engagement. Please engage your partners in the states! Click here for turnout resources.

A list of the remaining dates and states for each hearing is below. Organizers don’t have the exact locations for all yet, but will share that information as soon as we get it.

NEW REPORT REAFFIRMS CORROSIVE EFFECT OF MONEY IN ELECTORAL & GOVERNING SYSTEMS
Wall Street banks, firms, and other interests spent nearly $2 billion in lobbying and campaign contributions according to a new report by Americans for Financial Reform. It's no accident that the record breaking figure coincides with recent, heavily deregulating legislation and the Trump tax plan.

"Money in politics has thrown our democracy into crisis. Nowhere is this more apparent than in Wall Street purchasing financial deregulation from Congress—at the expense of white, Black and brown working families."

Join us on the next DI Mobilizing call on Wednesday, May 8 at 3pm EST.

Though voters won some amazing victories for state democracy reform through ballot initiatives in the 2018 midterms, lame duck sessions, recent legal challenges and reactionary legislation have threatened to undermine the voices of voters who overwhelmingly demanded democracy last year. As we always say: the fight for democracy goes on 365 days a year. Implementation is part of the reform process.

Next Mobilizing Call, we will discuss implementation of ballot initiatives, as well as opportunities to engage in ongoing implementation efforts in key states.

DEPUTY DIRECTOR
The Democracy Initiative, a unique, broad coalition of 72 environmental, civil rights, workers’ rights and other progressive organizations committed to strengthening U.S. democracy, is seeking an energetic, creative and entrepreneurial Deputy Director to provide day-to-day management of our organization while assisting the Executive Director in the development and execution of a ground strategy, policy analysis and fundraising efforts.