Two significant democracy reform ballot initiatives passed in Michigan during the 2018 midterms: Prop 2 and 3. We're taking a look at the status of these campaigns and sharing some materials from the campaigns on how to make the case for democracy in the states. 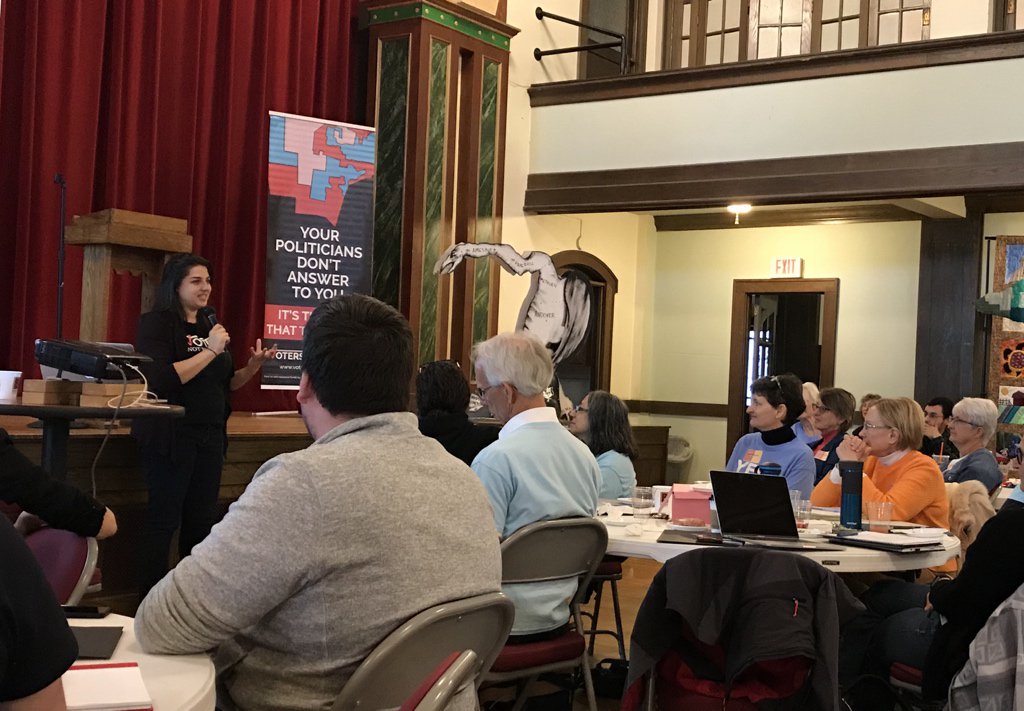 Proposal 2, run by Voters Not Politicians, urged residents to vote yes to establish an independent redistricting commission. The Voters Not Politicians solution has a set of strict criteria; including that districts be geographically compact, contiguous, and take communities of interest into account. This set of criteria ensures that the Commission does not manipulate election map lines with partisan bias.
Proposal 3, run by Promote the Vote MI, sought to ensure that every eligible person can vote and every vote will count. The proposal would provide a common-sense approach to remove barriers for working families, safeguard elections and put voters first. Among the specific updates are protections for military and overseas voters to get ballots in time, registration to vote by mail up until 15 days out from an election, no excuse required absentee voting, registration in-person at any time with proof of residency, up to and including Election Day, and a careful auditing process to ensure every vote is counted correctly.
These reforms were opposed by wealthy special interests and politicians who benefited from low turnout and gerrymandered districts.
In the 2018 Lame Duck session, the legislature attempted to water down the landmark initiatives by ramming through legislation to weaken their provisions. DI partner Clean Water Action’s useful 2018 Michigan Legislative Lame Duck Scorecard details some of the worst anti-democratic bills.
Thanks to the efforts of our democracy allies on the ground, the will of Michigan voters was protected. With the new governor demonstrating a willingness to prioritize democracy reform, we now expect Michigan to implement the reforms successfully. The Lame Duck Session fight, however, should remind everyone that the fight doesn’t end the day after the election—the fight for democracy reform is 365 days a year.

We've collected a few resources from the campaigns to highlight some of their effective democracy messaging.

Excerpt from Promote the Vote MI's FAQ on automatically registering citizens to vote at the Secretary of State's Office unless the citizen declines:

Automatic voter registration is a small, common sense change that will make registering to vote at the Secretary of State more efficient. By registering more voters at the Secretary of State, local communities will avoid having to process costly paper voter registrations each year, increase the accuracy of the voting rolls by reducing data entry errors and bring Michigan in line with nine other states that have adopted this common sense reform. Even with automatic voter registration, voters always have the right to decline to be registered.

The democracy movement continues to grow! The Democracy Initiative is excited to welcome our newest partners: 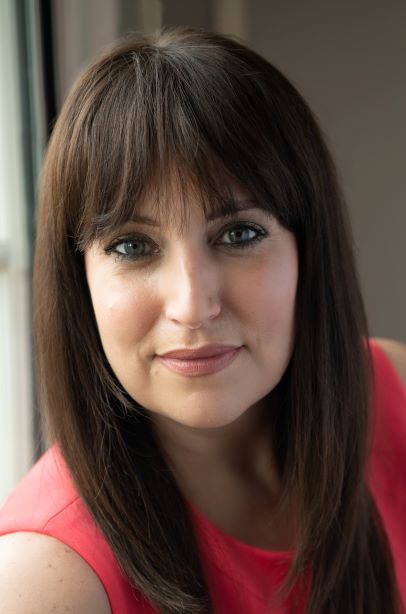 Chief Executive Officer: Virginia Kase
The League of Women Voters is a membership-based advocacy organization that focuses on empowering women through voting and shaping public policy since the 1920's. Although the League is a nonpartisan organization, they encourage members to be political themselves and lobby for government and social reform legislation that benefits women. More recently the League has concentrated its efforts towards reforms that restrict access to voting, which particularly affect minorities, elderly, students and rural voters. They have also focused on campaign finance and redistricting measures across the country.

“The League of Women Voters of the US is proud to join the Democracy Initiative at this critical tipping point in the fight for our democracy and to ensure all citizens are able to exercise their constitutional right to vote. The League is committed to working with our partners to champion policies that will reflect a democracy that represents all of the American people, not just those with money and influence. We are eager to add value to the Democracy Initiative’s campaigns by bringing to the table our powerful network of more than 750 state and local affiliates.” — Virginia Kase, LWV Chief Executive Officer

Caption:
Campaign Director: Porter McConnell
The Take On Wall Street campaign was founded in spring of 2016 to go beyond the Dodd-Frank Wall Street Reform Act and build a financial system that works for most Americans, not against them. Take on Wall Street is a campaign supported by a coalition of over 50 national organizations—including community-based organizations, labor unions, consumer advocates, faith groups, and more—organized around moving a financial reform agenda to address the predatory economic power of Wall Street banks and billionaires and build a financial system for working families, white, Black, and brown.

"We are thrilled to join the Democracy Initiative. Taking on Wall Street will never be a fair fight as long as the big banks show up with pockets full of cash, and members of Congress feel they have to ration their votes for black, brown and white communities against the financial industry in order to get re-elected." — Porter McConnell, Take On Wall Street Campaign Manager 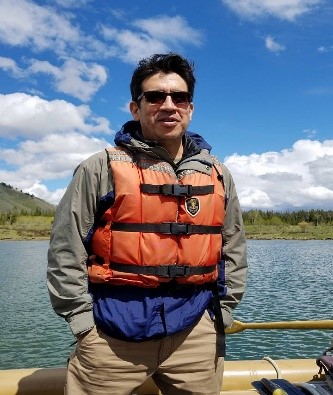 President: Mark Magaña
GreenLatinos is a network based non-profit organization that is made up of a broad coalition of Latino leaders committed to addressing national, regional and local environmental, natural resources and conservation issues that significantly affect the health and welfare of the Latino community in the United States. The group develops and advocates for policies and programs that advance the overall mission of empowering the Latino community through policies addressing intersectional issues.

"GreenLatinos is proud to join Democracy Initiative and be part of a coalition pushing for reforming and improving our democratic process. GreenLatinos is a network of Latino environmental and conservation advocates committed to addressing national and local environmental and conservation issues that significantly affect the health and welfare of the Latino community. The continued effort by moneyed interests to effectively silence the voice and needs of our communities means that now, more than ever, it is imperative that we come together to overcome structural barriers and ensure that no community is excluded from equitably engaging in our democratic processes." — Mark Magaña, GreenLatinos President 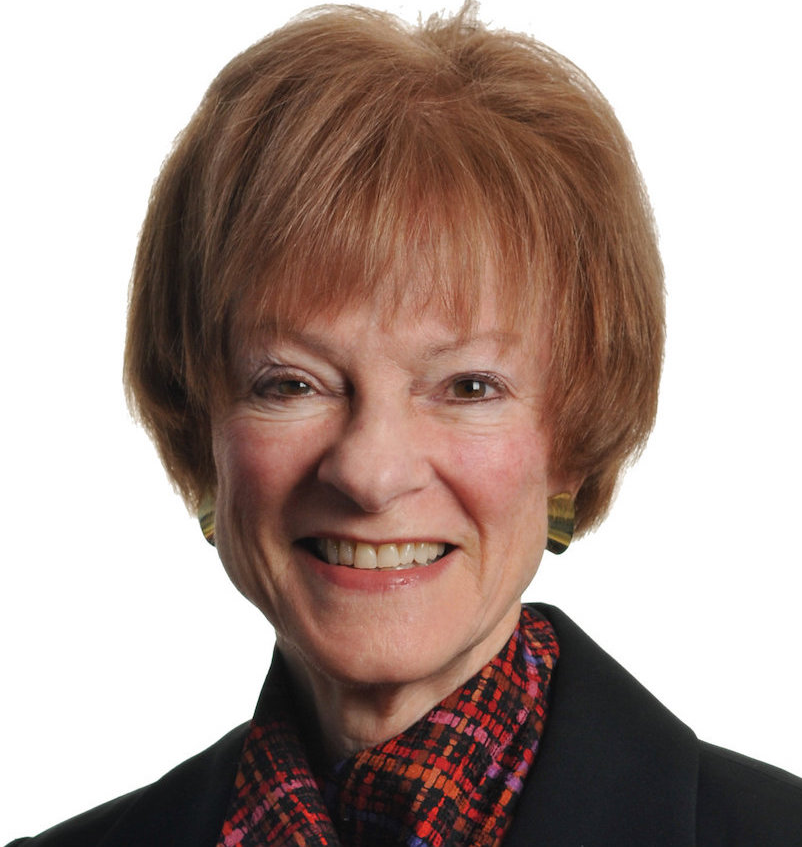 Founder, President, and CEO: Kathleen Unger, Esq.
VoteRiders is a national nonpartisan, nonprofit organization providing free information, help and services to voters to make sure they have the right kind of ID to vote in their state. They are one of the leading organizations focused exclusively on voter ID services across the country. The groups programs and services focus on three main areas, individual voter assistance, voter ID education and on-the-ground partnerships. 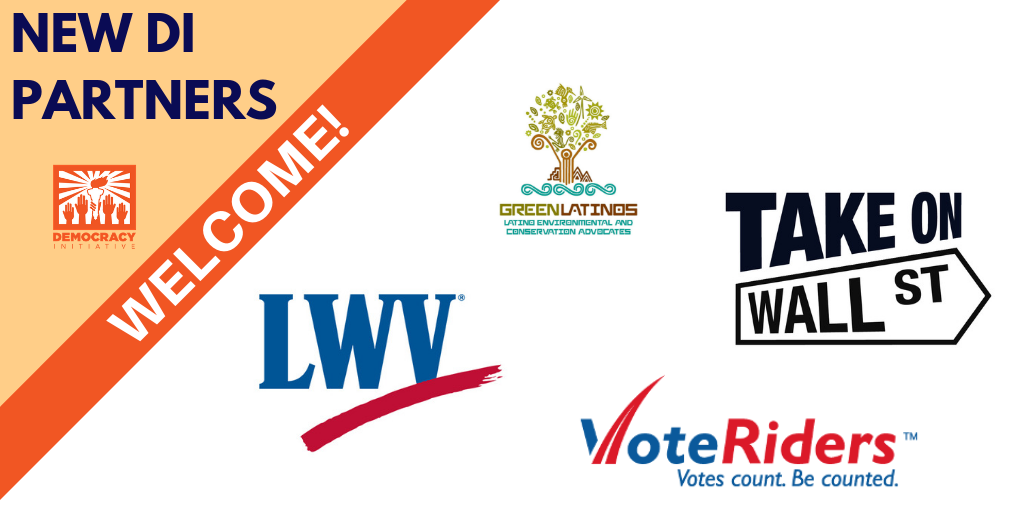 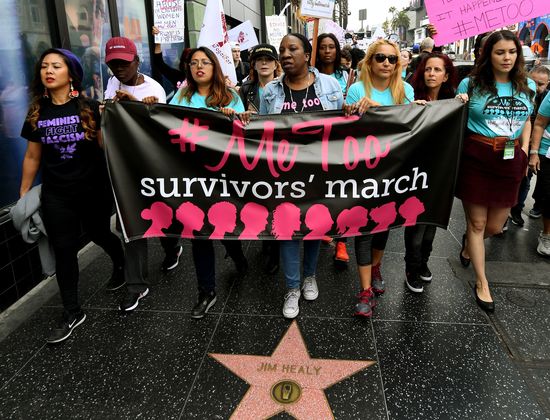 The Violence Against Women Act (VAWA) ran out of authorization Oct. 1, 2018, although funding for its many critical programs continues. However, VAWA’s future is precarious, subject to the whims of government shutdowns and continuing resolutions. VAWA has had a profound impact on survivors’ lives by providing funding for programs and services to support close to 50,000 survivors and provide over a million victim services between 2014 and 2016 alone.

Sign this petition from our partner Daily Kos and support the reauthorization of VAWA!

It’s been seven months since VAWA ran out of authorization, and seven months since vulnerable Americans have gone without crucial support programs. Americans are demanding a Senate that can pass meaningful, well-supported legislation on the issues we care about. We need to break through Senate gridlock and obstruction to build a better democracy for us all.

On Thursday, May 2, the Arab American Institute Foundation will celebrate the 21st anniversary of the Kahlil Gibran Spirit of Humanity Awards Gala at the Omni Shoreham Hotel in Washington, DC.

Since 1998, the Gibran Awards has honored those whose work and vision embrace and embody the ideals of the great poet who hails from Lebanon—compassion, justice, and endurance. This year continues in that tradition as we celebrate five extraordinary awardees—RAICES; former Berkeley Mayor Gus Newport; the late Miriam Zayed; Tunisia superstar Emel Mathlouthi; and the BBC’s Lyse Doucet. You can learn more about this year’s awardees here.

TRAINING AND MOVEMENT BUILDING COORDINATOR
The Democracy Initiative is a unique, broad and diverse coalition of 70 organizations committed to strengthening U.S. democracy by growing the grassroots activist base. We are seeking a high-energy, creative, experienced leader committed to bottom-up organizing to coordinate our democracy training, leadership development, and movement-building activities.