AFL-CIO ENDORSES THE "FOR THE PEOPLE ACT"

STATEMENT FROM RICHARD TRUMKA, PRESIDENT OF AFL-CIO
On February 26, DI partner AFL-CIO issued a statement of support for HR 1, the massive suite of democracy reforms making its way through the House, and now joins the coalition of DI groups who have fought to improve the bill and continue to push for bolder, more comprehensive reform at the state and national level. 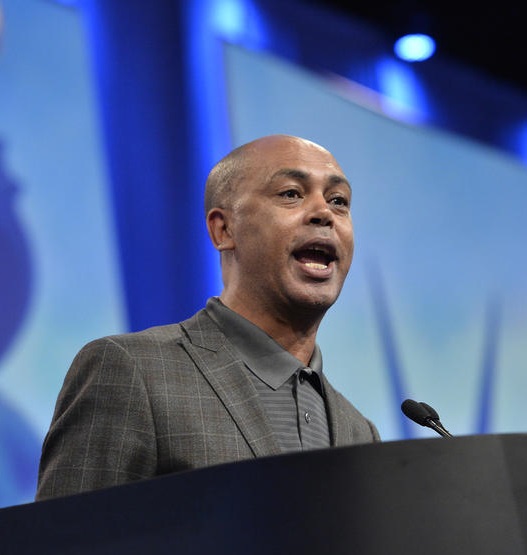 “For many years, special interests have used their influence to disenfranchise communities of color and take away their voice and their right to be part of our democratic process. H.R. 1 is a major step toward reducing the influence of big money in our democracy and restoring equal access to the ballot box for all voters.”
—Tefere Gebre, AFL-CIO Executive Vice President

SAVE THE DATE
Democrats in the House are expected to bring H.R. 1 to a vote in a week, on ​Thursday, March 7.​ Here are a few ways to engage:

DEMOCRACY ON THE MARCH

FEDERAL JUDGE BLOCKS TEXAS' SECRETARY OF STATE ATTEMPTS TO PURGE VOTERS
U.S. District Judge Fred Biery ruled to block an effort by Texas' acting Secretary of State David Whitley launched last month to probe suspected non-citizens on the voter rolls. Whitley’s office publicly announced that 98,000 non-citizens were suspected of being on the voter rolls, 58,000 of whom had voted in an election over a 22-year period. But many of our coalition members and watchdog organizations pointed to the flimsy, racist procedure would wrongfully purge voters from the rolls, as it has in many other counties across the country.

We want to recognize the work of DI partners and allies Demos, Lawyer's Committee for Civil Rights Under Law, League of Women Voters Texas, ACLU of Texas, and others for their fight to stop discriminatory voter purging. Read more here.

ILLINOIS BECOMES FIRST MIDWEST STATE TO PASS $15 MINIMUM WAGE
Congratulations to DI partners and allies AFL-CIO Illinois, Fight for $15, SEIU, and other coalition members for advancing the fight for a livable wage for all workers. On February 19, Illinois Governor J.B. Pritzker signed a measure to increase the state minimum wage to $15 an hour by 2025. American workers need 15 and a Union, and this is only the beginning. Read more here.