THE PEOPLE UNITED WILL NEVER BE DEFEATED

VICTORY FOR LABOR AND ALLIES AGAINST TRUMP & MCCONNELL'S SHUTDOWN
The DI wants to recognize our partners in labor (AFL-CIO, AFSCME, AFT, APWU, CWA, SEIU, and others), AFGE and NFFE, many of our coalition partners, and the air traffic controllers staging sickouts, for leading the fight to end the Trump shutdown and re-open the federal government. Many people outside the labor movement predicted that the Janus decision would be the death knell for organized labor, but workers once again have proven that there is strength in solidarity; in fact, union membership and organizing wins have been on the rise since the Janus decision.

Over the past month, we have been proud to stand in solidarity with government workers, their families, and our allies. Over the holidays and through the month of December, DI partners rallied and marched in the freezing cold, sent emails, made phone calls, and put their own bodies on the line to risk arrest. Ultimately, President Trump caved, providing a three-week reprieve, but no long term guarantees. We may have won in the near term, but we recognize this fight is far from over.

TAKE ACTION FOR FEDERAL WORKERS DENIED THEIR PAY
More than one million federal contract workers lost a month of paychecks during the longest government shutdown in history and now, they should receive the back pay they deserve. This legislation would ensure back pay is granted up to a maximum of $1,400 a week. Click here to call your representatives and urge them to support back pay for our federal contract workers!

This week, we're sharing 3 toolkits, courtesy of the Defending Rights & Dissent Network, to use in defense of our rights to protest and demonstrate—rights crucial to our work as champions for democracy. 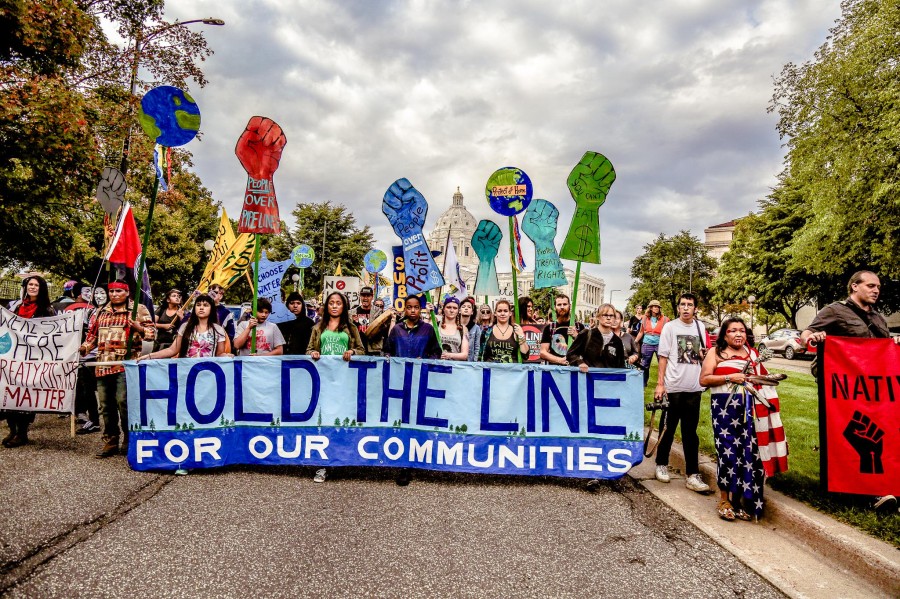 DEMAND FOR DEMOCRACY IN NEW MEXICO PUSHES LAWMAKERS FORWARD
We want to recognize Common Cause New Mexico and other coalition allies for their tireless work advocating for democracy reform. Last Friday, January 22, New Mexico lawmakers advanced two major voting rights bills on illustrating a growing nationwide trend as lawmakers are prioritizing the issue as the people fight for fair, just, and secure elections following the 2018 midterms.

State lawmakers took a critical first step on Friday by moving HB 57, legislation that would completely abolish felony disenfranchisement, out of a key committee. The committee also passed an automatic voter registration bill. Eligible voters in New Mexico can already register when they apply for a driver’s license or another form of state identification. But the bill would make this process automatic by creating an “opt-out” process for those who don’t want to register to vote, instead of an “opt-in” process.

HEARINGS BEGIN FOR H.R. 1, THE "FOR THE PEOPLE" ACT
On Tuesday, January 29, the House Judiciary Committee held the first of many hearings on H.R. 1, a package of legislation that contains many necessary, robust reforms designed to strengthen our democracy. Sherrilyn Ifill, President and Director-Counsel of DI partner organization NAACP Legal Defense and Educational Fund, testified in support of the bill.

WATCH: @Sifill_LDF calls out misleading testimony and how "shading the reality of what it takes for lawyers and communities to challenge discriminatory voting practices...is the reason that we need #HR1." #ForThePeople #WomenLead pic.twitter.com/Vr4vLAsNjX

You can watch the entirety of the hearing, here. The next hearing is scheduled for February 6.