STATEMENT: CORPORATIONS ARE NOT PEOPLE

In their Citizens United v. FEC ruling​, the Supreme Court of the United States handed the reins of the country’s elections to the clutches of super PACs and unlimited, unregulated, secret campaign money from billionaires and wealthy interests.

“Ten years ago, with Citizens United v. FEC, the Supreme Court of the United States told the American people that corporations are people, and opened the flood gates for unlimited, undisclosed corporate money in our elections.

They have demonstrated they damn well don’t act like people! At least not the kind of people that care about ensuring everyone has a living wage, clean air, clean water, fair criminal justice system and political equity.

We know who they are. Companies like Facebook, fossil fuel companies, private water companies, private prisons, anti-union companies, and predatory banks want to be seen as people, but—like our President—they are nothing more than greedy bullies who lie to the American people while calling themselves good corporate citizens.

These companies put profits before people, buy politicians to ensure they can operate without accountability, and take our hard-earned money in the form of tax breaks and subsidies 365 days a year. The bottom line—enabled by the Supreme Court—is that they have stolen our government to make it work only for them and their wealthy friends. To add insult to injury, when we rise up, they spend millions to ensure we can’t run for office in fair elections, suppress our votes, provide fake news, and refuse to secure our democracy from foreign interference.

The good news is that over the last few years, our democracy movement of millions of hardworking people across the country have been taking collective action and fighting back—and winning. Today the stakes are high. We must take greater risks to win the greater reward of a true democracy that works for everyone. If corporations are people, then we need to change their behavior. To do that, we must increase voter engagement this year and set the bar high—75% if we are to govern in 2021.”

LEGISLATIVE UPDATEThere is an important and fast developing opportunity in the state of Virginia to deliver meaningful democracy reforms that can help achieve the DI’s vision of 75% voter participation in elections. Over the last couple weeks, Vote by Mail, automatic and same-day voter registration, early voting, and more have begun moving through both chambers of the state legislature.

On Tuesday, January 21, the Senate passed SB601, which designates Election Day as a state holiday and eliminates Lee-Jackson Day. SB111, which allows any voter to vote by absentee ballot without requiring an excuse, passed the Senate last Monday, January 13. Other reform bills in the Virginia House have progressed into committee. We expect that these bills will be considered for a full House vote soon.

The DI, in collaboration with our partner National Association of Letter Carriers (NALC), is planning a potential call-through day of action in the coming weeks to ensure these voting rights reforms are enacted this session; if your organization is interested in engaging your Virginia membership on expanding access to the ballot, please reach out to our National Field Manager Getachew Kassa at gkassa@democracyinitiative.org.

Below is the status of several other important bills:

TAKE ACTION—DRIVERS LICENSES FOR ALL

DI anchor partner CASA​ is working with 32BJ SEIU​ and New Virginia Majority​ are leading an effort in Virginia to ensure all Virginians are able to obtained regardless of immigration status. Additionally, New Virginia Majority is hosting a “petition” in support of ensuring all Virginia residents can obtain drivers licenses regardless of immigration status! We encourage you to direct your Virginia members to the action and have them submit a photo in support of allowing immigrants to qualify for the standard Virginia license! Democracy is having full access to opportunity! 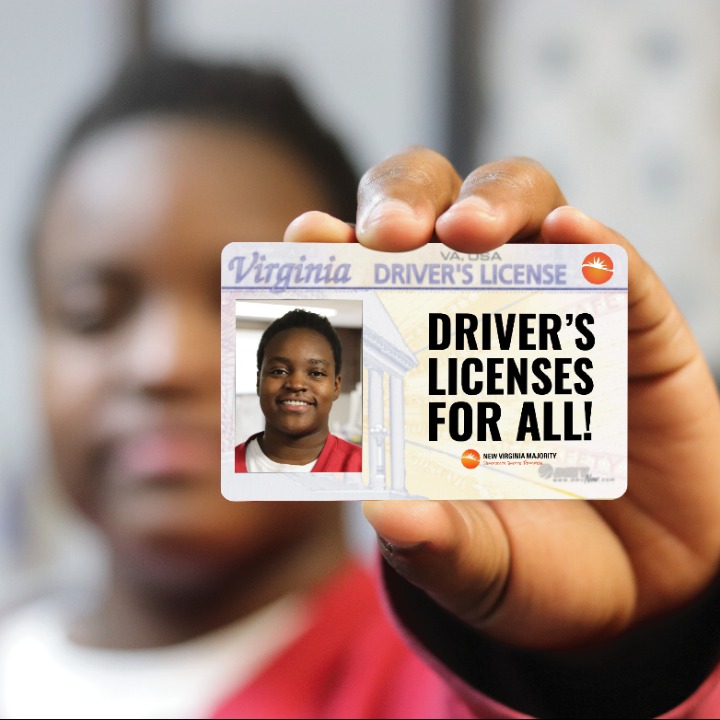 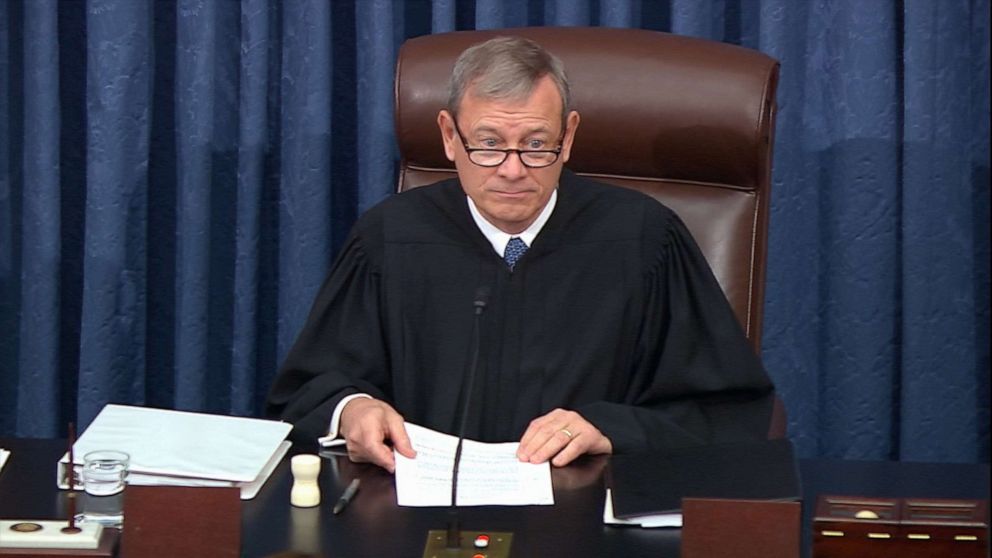 As Supreme Court Chief Justice John Roberts presides over the Senate impeachment trial of President Donald Trump that commenced on Wednesday, January 22, Dana Milbank of the Washington Post offered a powerful analysis of how destructive rulings by the Roberts Court over the last decade that have contributed to the Ukraine scandal and endangered our democracy.

“Ten years to the day before Trump’s impeachment trial began, the Supreme Court released its Citizens United decision, plunging the country into the era of super PACs and unlimited, unregulated, secret campaign money from billionaires and foreign interests. Citizens United, and the resulting rise of the super PAC, led directly to this impeachment. The two Rudy Giuliani associates engaged in key abuses — the ouster of the U.S. ambassador to Ukraine, the attempts to force Ukraine’s president to announce investigations into Trump’s political opponents — gained access to Trump by funneling money from a Ukrainian oligarch to the president’s super PAC.

The Roberts Court’s decisions led to this moment in indirect ways, as well. The court’s 2013 ruling in Shelby County gutted the Voting Rights Act and spurred a new wave of voter suppression. The decision in 2014′s McCutcheon further surrendered campaign finance to the wealthiest. The 2018 Janus decision hobbled the ability of labor unions to counter wealthy donors, while the 2019 Rucho ruling blessed partisan gerrymandering, expanding anti-democratic tendencies.”

Slate Magazine also ran a piece highlighting how political influence money fueled the corruption at the heart of Trump’s impeachment scandal, highlighting how Lev Parnas and his associate Igor Fruman “managed to buy insider status by laundering $325,000 to Trump’s super PAC—and then leveraged that status to advance the private personal and political interests that are now central to the Ukraine scandal.”

Together with the pressing question of whether Mitch McConnell and Senate Republicans will relent and allow witnesses and other evidence into the trial proceedings or continue to skew Senate rules to their own ends as they have in so many cases, there is a lot at stake here. As DI’s Executive Director has said, “At a time when the basic tenets of our democracy are under daily assault, leaving government in the clutches of powerful corporations and wealthy elites is not an option. We must be vigilant like never before.” For the DI in 2020, that means doing all we can to lift up an ambitious civic participation goal of 75% so we can be in a position to govern in 2021.

PRESIDENTIAL CANDIDATES SPEAK ON DEMOCRACY AT "WE THE PEOPLE 2020" FORUMLast Sunday, January 19, six presidential candidates spoke at the “We the People 2020: Protecting our Democracy a Decade after Citizens United” forum, outlining their plans to end the unlimited, undisclosed money in our politics, protect and expand the right to vote, and ensure a fair, representative, inclusive democracy for us all. In particular, the issue of an increasingly politicized, conservative judiciary was center stage on Sunday, and the candidates weighed in on court packing, ethics reform and a return to the “blue slips” tradition.

You can watch the entire forum here.

“Right now we are fighting voter suppression in places like Tennessee, where after groups worked tirelessly to register people who had not yet made it onto the rolls, lawmakers went and subsequently adopted a law that would impose criminal penalties and fines on groups engaged in this work [...] so at this moment, decades after the passing of Dr. King, we know that his legacy is important and must guide our work.”

FLORIDA—STATE SUPREME COURT RULES IN FAVOR OF DESANTIS’ POLL TAX
In the November 2018 midterm elections, the people of Florida overwhelmingly supported Amendment 4, which restored the ability to vote to 1.4 million returning citizens in the state. Ever since, the Republican-led legislature and Governor Ron DeSantis have attempted to halt the implementation of the amendment by unconstitutionally requiring returning citizens to pay off all court related fines, fees and restitution before regaining the ability to vote. After DI partners and allies ACLU of Florida, Brennan Center and NAACP Legal Defense Fund filed suit, a federal district court judge ruled against the amendment’s opponents. 40 days later, DeSantis and the Florida Secretary of State Laurel Lee appealed.

On Tuesday, January 21, the Florida Supreme Court ignored its own precedent and the will of the voters and issued an advisory ruling in favor of the illegal poll tax. Our partners and allies are continuing their fight for the voting rights of hundreds of thousands of Floridians; a federal appeals court in Georgia will take up the case in the coming weeks. In the meantime, the coalition behind Amendment 4, Florida Rights Restoration Coalition, has created the mutual aid fund We Got the Vote to assist returning citizens in Florida with paying the fines, fees, and restitution that currently stands between them and their full participation in our democracy.