ORGANIZING FOR DEMOCRACY: VICTORY IN 2020

Over the last decade, legislation to address civil rights, voting rights, the climate crisis, affordable healthcare, raising the minimum wage, protecting good jobs and expanding the ability of workers to form unions has been thwarted by a political system in the grips of corporations and wealthy interests. Time and again, Washington has failed to pass comprehensive legislation that recognizes the power of our voices, that improves our quality of life, or that helps us leave our children a better world. The need for robust, comprehensive reform is urgent, and the need for a plan to get us there has never been clearer.

That’s why partners and leaders from across the country who lead the work in the labor, civil rights, environmental, and good government groups who convened at our Annual Meeting last fall committed to build power in 2020 through a two-pronged strategy:

Everyday people across the country are fighting and winning democracy and voting rights reforms at the local and state levels. People from all walks of life are standing together for better healthcare, environmental justice and higher wages. The grassroots are demanding change.

To build on this momentum, our coalition will look for developing opportunities in the states to increase the demand for national reform. One of the first opportunities to deliver the kind of meaningful reform necessary for achieving the DI’s vision is the state of Virginia, where recent elections have created the conditions for legislative opportunities for reform. Governor Northam announced on Monday, January 6 his intentions to support bills lengthening the state’s early voting period to 45 days, allowing no excuse absentee voting, and making Election Day a state holiday.

We will be joined by leaders from CASA, National Association of Letter Carriers (NALC) and New Virginia Majority to discuss opportunities for reform at our next Mobilizing Meeting (details below). We look forward to seeing you there. 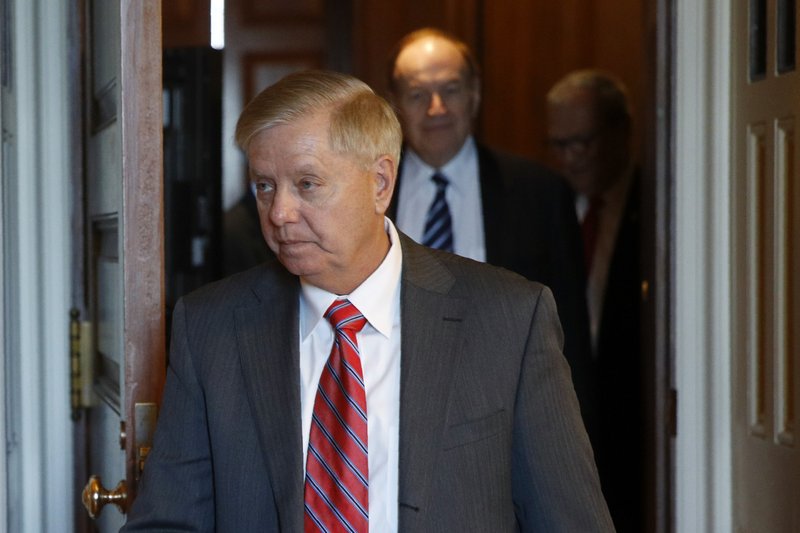 Senator Lindsey Graham stated during a recent Fox News appearance that he’d be willing to change Senate Rules to override the House and begin a Senate impeachment trial without their participation:

“Well, we’re not going to let Nancy Pelosi use the rules of the Senate to her advantage […] If we don't get the articles this week, then we need to take matters in our own hands and change the rules, deem them to be delivered to the Senate so we can start the trial, invite the House over to participate if they would like, if they don't come, dismiss the case and get on with governing the country.”

This would not be the first time Senate Republicans change the rules when it serves their party's interests.

Mitch McConnell has spent a decade breaking the Senate by corrupting the filibuster and other Senate norms and rules to ensure that the privileged and powerful win and everyone else loses. For instance, Republicans changed the rules to ensure tax cuts can pass with a simple majority, but climate, healthcare, civil rights, workers' rights and democracy reform have all faced a 60-vote threshold for passage and ended up in McConnell's legislative graveyard.

This is why governance is a central theme of our 2020 campaign. Inaction and gridlock breed voter cynicism and contempt toward government. People grow apathetic and don't believe their votes matter. They have heard too many promises and experienced too few results. There is strong public support for our values of inclusion and justice and opportunity for all. Policies built on those values can meet the challenges we face. With an eye toward 2021, we must demand that the Senate be able to govern effectively and vote on those policies so America can rise to this moment.

On January 6, 2020, DI partner American Postal Workers Union, joined by partners AFL-CIO, Daily Kos, NAACP, NALC, Our Revolution, Public Citizen and other coalition allies, delivered 400,000 signed petitions to the United States Postal Service headquarters demanding the Postal Board of Governors appoint a Postmaster General who will preserve the Postal Service’s status as a service of, for, and by the people—not corporations.

We stand in solidarity with our partners APWU and NALC as they fight corporate greed and the administration’s attempts to sell off of our public services to the highest bidder. 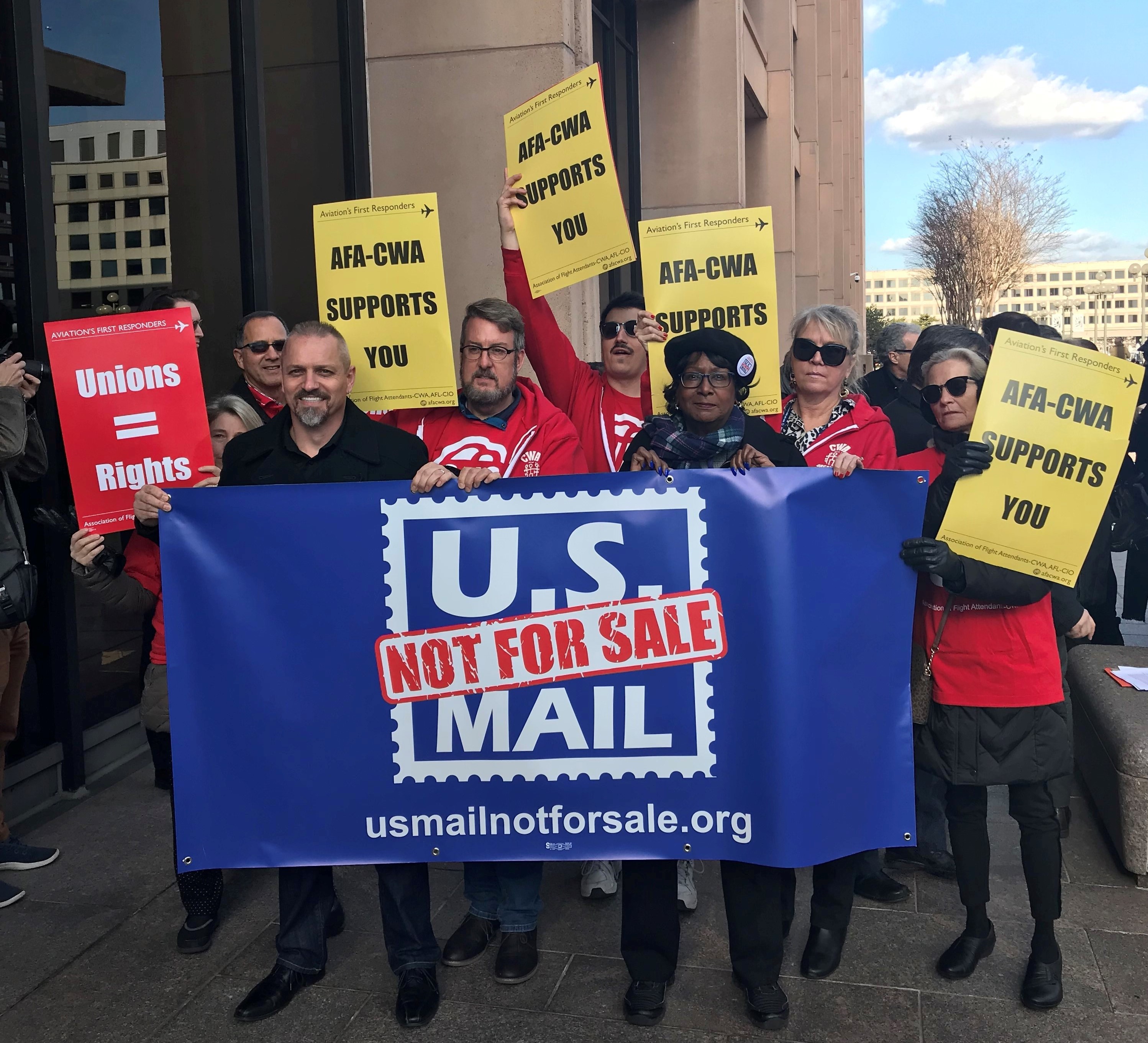 We’re excited to convene the first Mobilizing Meeting of 2020 on Wednesday, January 15 at 3 PM EST.

Please join us to hear about the exciting new opportunities to advance voting rights and democracy in Virginia. This is a quickly developing opportunity to advance critical democracy reforms in a key state with a brief 60-day session, so there is an urgent need for all of us to get up to speed and make a plan to educate and engage our Virginia members.

We will hear about the issues, strategies for winning, and opportunities to mobilize your grassroots members from DI partners and allies in Virginia including Luis Aguilar, Virginia Director of CASA, Tram Nguyen, Co-Executive Director of the New Virginia Majority, and Jim Sauber, Chief of Staff, NALC.

Earlier this week, Virginia Governor Ralph Northam announced his legislative agenda for voting rights including early voting, no-excuse absentee voting and making Election Day a state holiday. We will also hear about in-state tuition for undocumented students and drivers licenses for all regardless of immigration status.

For more information and to RSVP, email our Office Manager Sherri Davis at sdavis@democracyinitiative.org.

Going forward, the standing DI Grassroots Mobilizing Meetings will be set for once per month rather than bi-weekly and will be supplemented by focused work group meetings. We look forward to a year of productive collaboration.

ARIZONA—DI PARTNERS PROTECT ACCURATE VOTING REGISTRATION PRACTICESOn Monday, January 6, DI partners Demos, Lawyers’ Committee for Civil Rights Under Law, League of Women Voters of Arizona, and Mi Familia Vota, alongside other coalition allies, reached a settlement with the Arizona Secretary of State to correct issues with updating voter registration responsible for jeopardizing the vote of as many as 384,000 Arizonans.

The lawsuit alleged that the state violated the National Voter Registration Act by failing to provide voter registration services during change-of-address transactions, which resulted in the incorrect registration of voters’ home addresses.

“Voter rights across the state were jeopardized due to significant voting rights violations and would have continued if local organizations did not raise the alarm. While we are pleased that the Secretary of State and ADOT will comply with an array of actions that will encourage civic participation, we will remain vigilant to ensure that our rights are protected and nothing of this sort happens again.”

BIPARTISAN GROUP OF CAMPAIGN FINANCE LAWYERS DEMAND FEC QUORUM IS META group of 31 attorneys specializing in campaign finance law from across the political spectrum published a letter on Monday, January 6 sent to the White House and Mitch McConnell. The letter demands the administration and Congress act immediately to restore voting quorum on the Federal Election Commission, which cannot perform many of its duties even as the first of the 2020 presidential primaries approach.

Senate Majority Leader Mitch McConnell has refused to hold the necessary confirmation hearings since the most recent resignation in August 2019, even to appoint the administration’s nominee first selected two years ago.